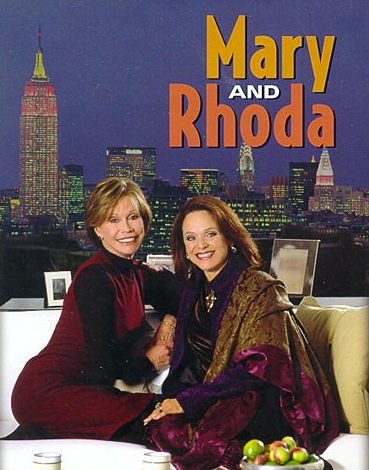 The great Mary Tyler Moore and Valerie Harper are both gone now. Both lived to be 80, had long successful careers and were beloved by their legions of fans.

I’m so glad that the pair got back together in 2000 for a two-hour reunion movie simply called Mary and Rhoda that allowed them to step back into their iconic characters of Mary Richards and Rhoda Morgenstern, roles for which they each won four Emmys.

The reunion movie wasn’t great – maybe it needed a laugh track or a cameo from Phyllis or Mr. Grant. But it was great to see this fabulous duo back together as Mary and Rhoda.

In these scenes, the two BFFs reunite after many years apart. Mary is in NYC and newly widowed (she had married a congressman and worked at ABC News) while Rhoda married and moved to Paris. Her husband was a big cheater so they divorced. Both have daughters and are facing far different challenges than a bad date on a Saturday night in Minneapolis.

Harper still seems like Rhoda but Moore doesn’t seem to have much of old Mare’s “spunk.”

Let me know what you think of their scenes.