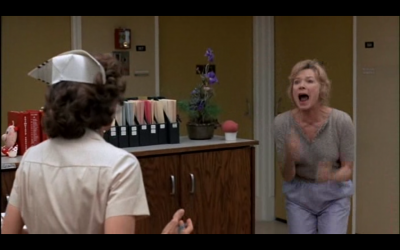 I’ve posted this before, obviously, but I really needed it today.

Shirley MacLaine gave the performance of her career in the 1983 classic Terms of Endearment as an often overbearing mother whose daughter (played by Debra Winger) is dying of cancer.

In this hospital scene, it is time for her daughter’s pain shot and MacLaine’s Aurora Greenway clearly doesn’t feel the nurse is moving fast enough.

She absolutely loses it in a way that only a mother could.

MacLaine won the Academy Award for best actress beating out a field that also included Winger.