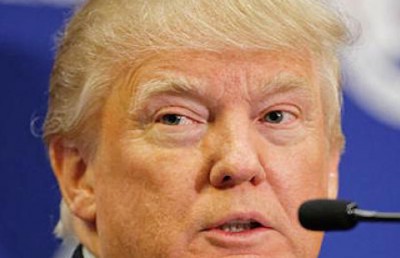 TMZ’s Harvey Levin paid a visit to Donald Trump at The White House recently and not everyone is happy about it.

A number of TMZ staffers are reportedly frustrated with the openly gay Levin’s ties to the new Republican administration.

Levin’s roughly one-hour Oval Office visit was not noted on Trump’s public schedule and came a day after the president’s first address to a joint session of the US Congress.

‘All I can tell you is everyone thinks it’s really gross,’ a person with knowledge of the situation tells TheWrap.

‘Many people in the newsroom are uncomfortable with Harvey’s overall Trump coverage.’

Trump’s chuminess with Levin comes at a time that he has declared war against most mainstream news organizations including CNN, The New York Times and the Washington Post.

Trump has taken to labeling any unfavorable coverage as ‘fake news’ and decries the use of unnamed sources.

TheWrap points out that TMZ has given Trump some of its most positive press outside of Fox News in recent months.

Levin was given a tour of the presidential residence which included a stop in the Lincoln Bedroom, according to The New York Times.

The founder of the TMZ celebrity news empire is managing editor of TMZ.com and executive producer and host of TMZ on TV.

Baldwin has referred to Levin as ‘a festering boil on the anus of American media.’

Baldwin told The New Yorker last year: ‘There was a time when my greatest wish was to stab Harvey Levin with a rusty implement and watch his entrails go running down my forearm, in some Macbethian stance. I wanted him to die in my arms, while looking into my eyes, and I wanted to say to him, “Oh, Harvey, you thoughtless little pig.”‘