The Original 9, founders of women’s tour, have been inducted into International Tennis Hall of Fame 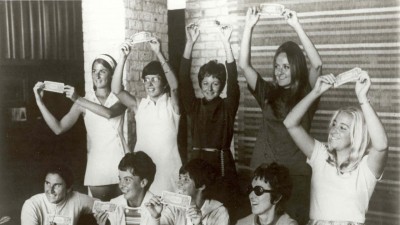 Long before Serena & Venus, Naomi Osaka, and Steffi & Seles, there was the Original Nine – the group of female professional tennis players who bucked the establishment and signed one dollar contracts to launch the women’s tour.

This was 1970 and they were led by the indomitable visionary Billie Jean King.

This weekend, BJK and the other eight pioneers were inducted into the International Tennis Hall of Fame in Newport, R.I.

It’s a wonderful addition to The Hall – and much-deserved!