Late Night Videos: Memories of Joan Rivers on “The Tonight Show” through the years

Snapped! Alex Zverev is sexy, sleeveless, and in his first semifinal at the French Open 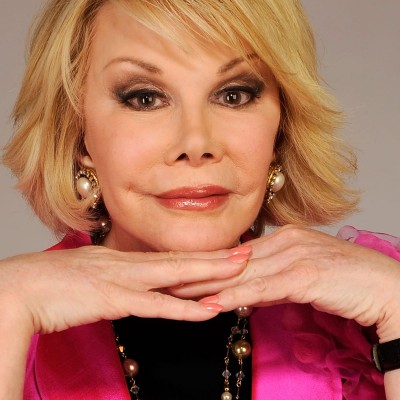 I had loved Joan Rivers since the 80s when I’d stay up late to watch whenever she was hosting The Tonight Show and I’d tape her monologues on my cassette recorder.

This was pre-VCR folks and you could hear her monologues on the tapes as well as my sometimes uncontrollable giggling!

Anyway, it was a real treat to interview her a few times including in January 2012 when E! television hosted a luncheon during the TV Critics Winter Press Tour.

On the 87th anniversary of the late comic’s birth, I’m re-running my final interview with the legend who was beginning season two of the reality series Joan & Melissa: Joan Knows Best and celebrating her weekly E! series Fashion Police expanding to a one-hour format.

She told me that day that through all of her career ups and downs, she had always been able to count on her enormous gay fan base.

‘They were the first ones to laugh at me,’ Rivers said.

Then she added, jokingly: ‘Kathy [Griffin] got the ones I don’t want. She got the ones that don’t have chic apartments.’

But Rivers did get some flack in 2011 when she was quoted by New York Magazine as saying there are no gays participating in the Occupy Wall Street protests in Zuccotti Park because there is no place for them to change.

‘Very seldom will you see a gay schlep,’ she added.

She told me she didn’t take back a single word.

‘It’s true! They weren’t well dressed! I don’t think any one of them was gay.”

But was she ever afraid of alienating gay fans in this politically correct era with some of her material?

Turning serious, Rivers said: ‘If they don’t know after 43 years that I’m funny then don’t come around. Bill Cosby once said to me, ‘If one percent of the world thinks you’re funny, you’re safe.’ 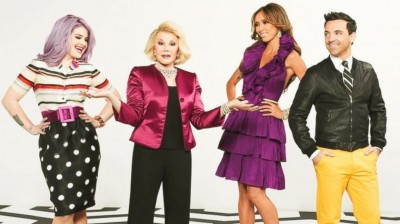 Rivers had also upset more than a few celebrities over the years with her stinging critiques of their red carpet fashion. Those candid – and often very funny – critiques are the premise of Fashion Police, a show that brought Rivers back to the E! network after an eight-year absence.

‘We left for more money,’ Rivers said of she and daughter, Melissa Rivers. ‘It’s all fine. We’re back.’

But it is a more challenging gig these days with most stars employing stylists for big events.

‘When we first started the red carpet and they dressed themselves, it was fabulous,’ Rivers said.

She is almost gleeful as she recalls the year when Demi Moore wore bicycle shorts to the Oscars and Kim Basinger made her own dress.

“Those were the great days, the good old days,’ she said. ‘Those limo doors would open and you’d go, ‘Thank you God.’ And now they’re all so perfectly done.’

But there is still plenty to critique which Rivers did with gusto each week: “When you do a show like ours, we are critics. My obligation is to the viewer and I can’t say, ‘Don’t you look beautiful?’ if you don’t because [viewers] are sitting at home and they won’t come back.’

Late Night Videos: Memories of Joan Rivers on “The Tonight Show” through the years

Snapped! Alex Zverev is sexy, sleeveless, and in his first semifinal at the French Open