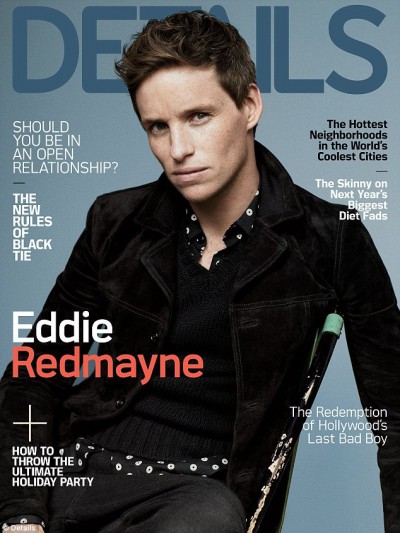 Will Eddie Redmayne become the first man since Tom Hanks two decades ago to win Academy Awards for best actor.

The winner this year for The Theory of Everything, Redmayne is sure to be a nominee again this year for his acclaimed performance as a transgender woman in The Danish Girl.

The movie opens Friday and Redmayne has been on a bit of a promotional blitz talking the movie up. Among his interviews is with Details Magazine which is ceasing publication after this issue.

This is one of the magazines that when you were closeted it was still okay to have around because there were handsome guys on the cover and inside but it wasn’t actually a gay magazine – at least not officially! 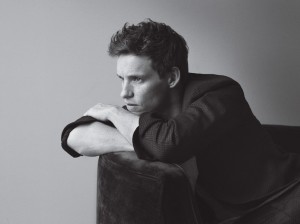 In his interview, Redmayne says of his roles of Stephen Hawking in Theory and Lili Elbe – the first person to undergo sex-reassignment surgery – in Danish: “Quite a few people have said, ‘You did Stephen Hawking, a physical transformation, and now you’re doing another one. But as an actor, you never go, ‘Oh, I need to do this.’ You ask yourself, ‘Is this story worth telling? Does it hit me?’”

The article states that Redmayne spent hours conducting interviews with transgender women and exhaustively researched Man Into Woman, an account of Elbe and her partner, Gerda Wegener, that was first published in 1933.\

He ended up being very successful at his transformation.

“Just walking onto a set filled with men, watching the difference in how you’re treated, or the scrutiny . . . the gaze was overwhelming,” he says. “A lot of the women I worked with said, ‘Yeah . . . welcome to our world.’”

FILE UNDER: This & That