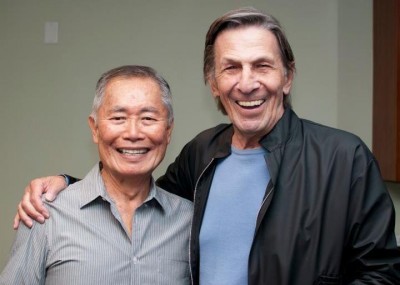 Star Trek icon George Takei is currently spending his days at the Old Globe Theatre in San Diego as one of the stars of the musical Allegiance which he hopes to take to Broadway.

The musical is about the internment of Americans of Japanese descent during World War II resonates deeply because it is something Takei and his family had to live through.

Over the weekend, Takei posted a photo of himself with his former Star Trek co-star Leonard Nimoy (Mr. Spock) who caught a performance of the show.

Both of these guys still look terrific!