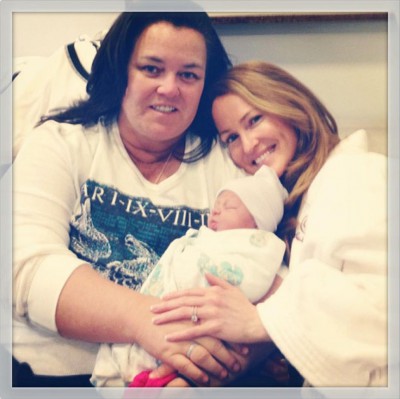 Rosie O’Donnell and estranged wife Michelle Rounds are fighting for custody of their adopted daughter Dakota and it’s getting ugly.

The former couple split in November after nearly three years of marriage.

Both sides issued statements to Page Six that draw lines in the sand.

‘My client Michelle Rounds has decided to start proceedings for sole custody of their daughter Dakota, since it is unequivocally in their child’s best interest and general welfare,’ said Rounds’ attorney William D. London.

O’Donnell’s spokeswoman, Cindi Berger, responded by calling the custody demand ‘an absurd and desperate attempt to use a child for her [Rounds’] own gain.’

O’Donnell filed for divorce in February, two weeks after quitting The View.