My chat w/outed trans ‘Survivor’ contestant Zeke Smith: ‘Nobody anticipated the reaction being as positive as it was’ 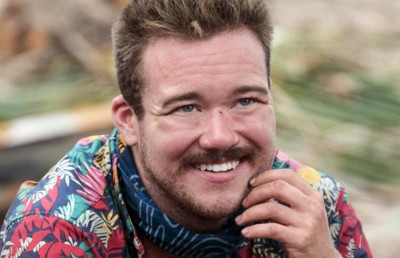 All eyes will be on competitor Zeke Smith on the live finale of Survivor airing on CBS tonight and the gay man who outed him as transgender to the members of their tribe.

Smith, 29, had not disclosed that he is transgender during the two seasons he competed on the show.

During an episode that aired last month, Jeff Varner outed him as trans in an attempt to ‘prove’ how untrustworthy he is.

Other contestants on the show were furious with Varner for outing Smith and he was immediately removed from the island without the need of a vote.

The backlash continued in real life with Varner being fired from his job a a real estate agent after the episode aired.

‘I wouldn’t wish what happened to me on anyone else,’ Smith told me at the Voice Awards on Saturday.

‘It’s been a wild 10 months for me and it’s also been a very difficult 10 months for him. I think we’ve both been trying to make sense of how both of our lives have changed. But we are in contact and we’re trying to figure it out. It’s a work in progress.’

Smith says of the very widely-seen outing: ‘We often can’t control the bad things that happen to us, we can only control how we respond and I’m really proud how everyone has responded – my tribe mates who responded so admirably in the moment. It was really a textbook example of how to respond to injustice.’

Smith describes life since the outing episode aired on April 12 as ‘a whirlwind.’

‘It’s been a crazy several weeks. Nobody anticipated the reaction being as positive as it was. I think it signaled a shift in the way trans people are received in the public eye.’

How has it impacted him personally?

‘For me, it’s given me a lot of hope about what I might pursue in the world and there were some dreams I kind of put to bed – some childhood dreams I didn’t think were possible because I was trans. And now I think they just might be possible.’

Smith doesn’t want to elaborate yet on those dreams but says ‘I’m definitely not going to be an actor.’

He will only say: ‘There’s some stuff in the works that I’m excited about.’