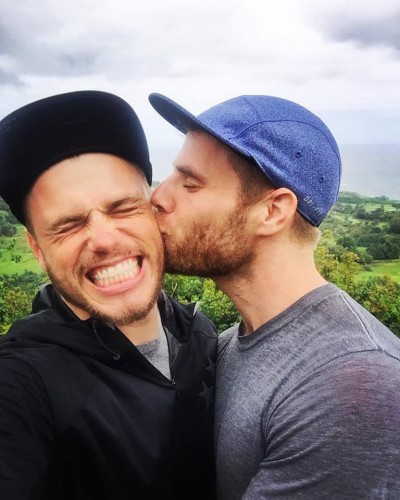 Matthew Wilkas is such a supportive boyfriend! He’s taken to social media to campaign for Gus Kenworthy to win an ESPY Award. He writes: ‘Won’t you please vote for my bae?? He got nominated for an ESPY which is awesome cuz this year he won the Dew Tour, Grand Prix, and the European Open and he won 4 X Games medals in all the different skiing disciplines. He also defended his title as world champion. And apart from the fact that he DESERVES IT, if he wins this he’d be the first openly gay athlete to win an ESPY and that would be MAJORRRRRRRRR. ‪#‎voteformybae‬ espn.go.com/espys/2016/vote/?lang=en&voting=bestmaleactionsportsathlete&id=16416783