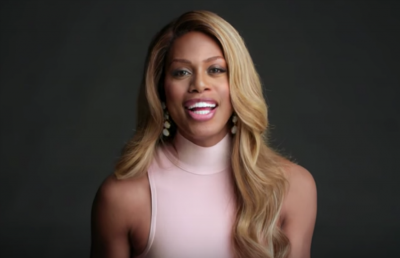 Yes, the legal drama Doubt was quickly canceled by CBS but Laverne Cox has wasted no time in landing her next TV role.

The transgender star has landed a leading role in the ABC female buddy cop pilot The Trustee. It sounds really promising and let’s hope it’s good and gets picked up as a series.

This role differs from Laverne’s previous television roles because her character was not written for a transgender person, according to The Wrap.

Cox will play an ex-con named Amanda Jones who is doing menial tasks for the police department as a way of finishing out her prison sentence. She stars opposite Eliza Radley.

‘So excited and grateful to be working on this fun new pilot,’ Laverne tweeted earlier today .

It was less than two weeks ago that CBS pulled Doubt from its schedule and announced its cancellation after airing just two episodes.

Cox had done heavy promotion for the show on which she played an attorney.

The show’s remaining episodes, which CBS said will air later in the year, will break new ground by exploring the romantic life of Cox’s transgender character.

Cox being a transgender woman was a big part of her other previous television roles as well.

She played a transgender prisoner on the Netflix series Orange is the New Black and earned an Emmy nomination and played Dr. Frank-N-Furter on Fox’s 2016. remake of Rocky Horror Picture Show.