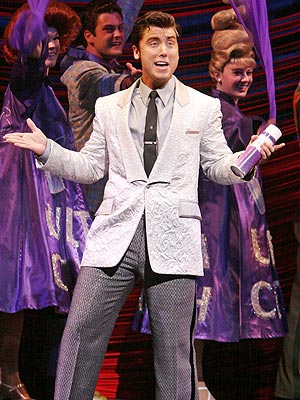 There are some really awful people in this world and among them are those responsible for duping lesbian teen Constance McMillen into attending a fake prom in Mississippi recently.

It would be one thing if it were just kids but you have so-called adults involved in this act of homophobia and cruelty. But there are also plenty of good people in this world and former ‘N Sync member Lance Bass is one of them. He will join celebrity chef Cat Cora and members of Green Day in sponsoring a gay-friendly prom on May 8.

The event is being organized by the Mississippi Safe Schools Coalition and is open to all students, regardless of sexual orientation. The American Humanist Association will also donate $20,000 for the inclusive prom.

The Itawamba School District refused to allow Constance to bring a same-sex date to her prom. After a U.S. district judge ruled that the school could not bar Constance and her date, the district canceled the prom and allowed parents host an off-site prom inviting everyone but McMillen and a handful of other students.

In an interview on Monday with The Advocate, Constance said that she and her date showed up at a prom on April 2 in Fulton, Miss. attended by a sm
all number of her peers, including two students with learning disabilities.
“They had two proms, and I was only invited to one of them,” she said. “The one that I went to had seven people there, and everyone went to the other one I wasn’t invited to.”
As infuriating as the behavior of some of these district officials, parents and students has been, I thank God for brave teens like Constance who have the courage to stand up for their equal rights. God knows I didn’t have the guts to even begin to speak out until I was in my 30s and had less to lose.
I hope everyone has a great time at the prom.

Here are some recent television appearances by Constance including a chat with another hero: Ellen DeGeneres: