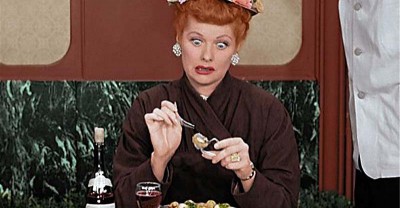 Some fun news: CBS announced this week that the yearly I Love Lucy holiday special will air this year on December 20 when viewers will see colorized The Christmas Episode as well as a newly-colorized version of the Paris at Last episode which first aired in 1956. The main titles and end credits are combined into one set at the beginning and end of the hour, with no interruption between the episodes. 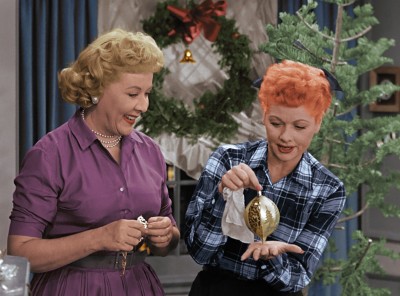 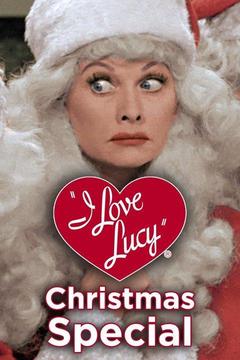 The Christmas Episode finds the Ricardos and Mertzes decorating Lucy and Ricky’s Christmas tree and reminiscing about how their lives have changed since the arrival of the Ricardos’ son, Little Ricky (Keith Thibodeaux). Flashbacks recall the night Lucy told Ricky she was pregnant, the time Lucy showed up unexpectedly as part of a barbershop quartet and the day Ricky and the Mertzes rehearsed taking Lucy to the maternity ward.

The Christmas Episode was first broadcast on CBS on Christmas Eve, 1956. The episode was not included in the series’ long history of rebroadcasts, first on CBS Daytime and later in syndication. Long thought to be lost, the program was rediscovered by CBS in 1989.

In Paris at Last, the Ricardos and Mertzes arrive in the French capital, where Lucy encounters a sidewalk artist who sells multiple copies of the same “original” oil painting, and a con man who offers a better exchange rate for her American dollars than the one offered in the banks. Later, her attempt to have a quiet lunch in an outdoor cafe finds her not only unwittingly ordering a plate of snails, but paying the check with counterfeit French francs. Next stop: the Bastille?

Paris at Last was originally broadcast on Feb. 27, 1956, and became an immediate viewer favorite.

I Love Lucy Christmas specials have aired on the Network the past six years, each combining the holiday-themed episode with a different comedy classic. Beginning in 2015, The Christmas Episode has been shown colorized in its entirety, with fully colorized flashback scenes that had previously been presented in black and white.

I Love Lucy was broadcast on the Network from Oct. 15, 1951 through June 23, 1957. It was voted “The Best TV Show of All Time” in a 2012 viewer poll conducted by People magazine and ABC News. I Love Lucy stars Lucille Ball and Desi Arnaz as Lucy and Ricky Ricardo and Vivian Vance and William Frawley as the Ricardos’ friends and landlords, Ethel and Fred Mertz.