Exclusive: How my interview with Victor Garber ended with him confirming that he is gay 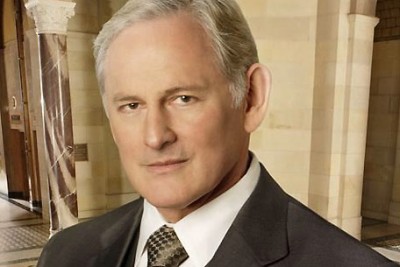 I didn’t plan on asking Victor Garber about his private life.

During the recent TV Critics Association Press Tour in Pasadena, the actor was onstage with the cast of the new NBC drama Deception and I knew that I’d want to chat with him one-on-one after the panel.

So I quickly looked at his Wikipedia page and there it was: ‘He lives in New York with his companion of 13 years, Rainer Andreesen.’ I then found all kinds of photos of this most handsome couple together.

I wondered, ‘Did he come out publicly and I missed it?’ 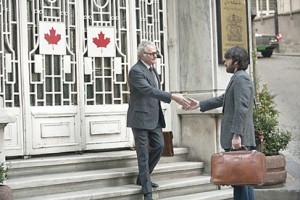 After the panel, I still had that question in mind as I talked to Garber about the new series, his role in Argo and whether or not he was going to do a guest spot on Smash which was also stated on Wikipedia.

“Wikipedia is bullshit,’ Garber said in telling me he was not doing Smash.

We were being rushed off the stage so the next panel could be set up so I thanked him and we parted ways. I sat down but couldn’t help wondering: “Did he come out and I missed it?”

So I got up, walked into the lobby of the Langham Huntington Hotel and found Garber. I just decided to ask him: “Wikipedia lists Rainer Andreesen as your partner. I wondered if that’s something that’s public, that you’ve confirmed.”

He seemed surprised by the question but said: ‘I don’t really talk about it but everybody knows.”

Garber then added: “He’s going to be out here with me for the SAG Awards.”

So in the end, our chat ended up being a bit more interesting than I thought it would be!

Here is some of what else he had to say:

On his new series, NBC’s Deception: “I’m a lucky actor, I work. But this is the first series that’s come along since Eli Stone, three years ago, that I really wanted to do. It was smart, it was interesting, it was dynamic and it wasn’t like the show was going to rest on me. I thought this was the perfect thing at this point in my life. It had everything I like: the complexity of the character, the family drama, all of the duplicity. For an actor, it’s like getting a dessert – like getting what you hope for and rarely get. I love to work and I love the idea of going to work every day and also the fact that I get to do it in New York. ‘It’s like a gift. I feel like I won the lottery.’

On being in the cast of Argo: ‘It’s such a gratification because of my relationship with Ben (Affleck) and Jennifer (Garner) to see him emerge now as one of the great directors which I’ve always felt since Gone Baby Gone. To be a part of it is like the icing on the cake. It’s incredibly thrilling for me. And the fact that people love the movie so much means the world.’

RELATED POST: Commentary: On Victor Garber and breaking the story the first time Jodie Foster kind of came out publicly