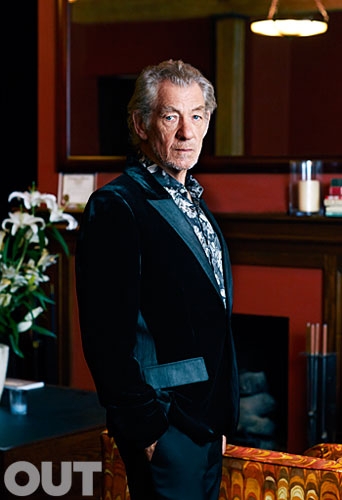 His career spans six decades with his biggest commercial successes coming later in life as Magneto in the X-Men films, and Gandalf in The Lord of the Rings and The Hobbit trilogies.

After coming out in 1988 in protest against Britain’s Section 28 — which sought to prevent schools from promoting “the acceptability of homosexuality as a pretended family lifestyle” — he co-founded Stonewall, an LGBT lobby group in the United Kingdom, and has been a vocal advocate for gay rights ever since.

“Coming out is the best thing to fuel social change,” he says. “People can only be cruel and horrible to gay people if they think that they don’t know any.” Of the roles he feels the most affinity for, McKellen settles on James Whale, the gay Hollywood director of the 1930s whom he played in the 1998 film Gods and Monsters, and for which he was nominated for an Academy Award.

In 2013, he was asked what achievement he’s proudest of and he broke into a wry smile and said: “I’m proud of still being here, I suppose.”