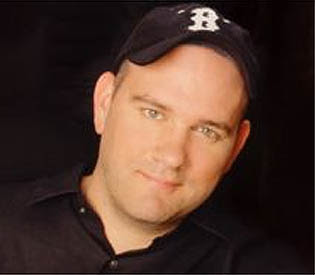 Well everyone, tonight’s the night: the return of Glee!

To get you in the mood (as if you were not already), here is part of an interview Out.com has done with actor Mike O’Malley who plays the loving father of  musical loving gay son Kurt (Chris Colfer).

O’Malley, who was nominated for an Emmy for his performance, has been upped from recurring character to series regular so we will see even more of him in season two.

Here are some highlights from the interview:

On Kurt’s Upcoming Love Interest:
I don’t know how they’re going to write it but that’s a whole new frontier. It’ll be interesting. Sex education in this country is about prevention of STDs and prevention of pregnancy. Any parent or educator that says it’s about anything different is not telling the truth. If people really wanted kids to have sex, they’d give them a manual on how to do it well.

On Kurt’s Coming Out:

My first reaction when he came out was, “Awesome!” I didn’t think that’s where the story was going, and that’s why it surprised the audience. You think, here’s a guy who played football and he watches Deadliest Catch and he thinks, Look at my gay son who’s such a disappointment. But in fact he says, “I’ve known for a long time and I just wanted you to tell me the truth.” I think that’s really important for gay teens. You don’t want people’s parents out there saying, “You’re gay!” because then they don’t own their own identity. Let somebody tell you who they are whether or not it’s obvious. It’s a classic scene of a kid thinking he’s doing a good job at lying and a parent seeing right through it. I don’t know if it’s stated explicitly in the script but Chris’s character is just 15 years old. You’re just beginning to enter into an adolescent life where he’s going to have a sexual identity. It’s one thing if my kid wants to watch The Sound of Music over and over and over when I want to watch the football game. Now he wants to kiss boys. That’s a whole new conversation.

On Working with Chris Colfer:

Chris Colfer is just a great guy. He’s hilarious, he’s interested in people, he’s thoughtful. He’s his own guy. He doesn’t need any lessons from anybody about how to act. When you’re in scenes with him, it’s really quite remarkable because his emotional life is so available to him. You’d have to be an uncompassionate person to not respond to the behavior he’s giving to you.

On a Possible Kurt & Burt Duet: