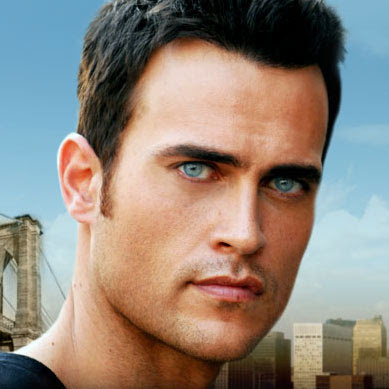 Glee, which has its second season premiere at 8 p.m. tonight on Fox, could have had an even gayer cast had producers decided to go another way with the casting of Will Schuester.

Of course Matthew Morrison got the part of Glee club advisor but in an interview with The Daily Beast, out actor Cheyenne Jackson says he was considered for the role. He would have joined Jane Lynch and Chris Colfer as openly gay members of the cast in season one.

Cheyenne has made the cut for season two, however, and can be seen in tonight’s premiere as Dustin Goolsby, the new coach of rival singing group Vocal Adrenaline. (The position became available after the old coach, played by Idina Menzel, quit her job at the end of Season 1 to become a full-time mom). “I’m the anti-Will Schuester and I’m causing some drama,” said Jackson, who made his name in the Broadway musical Xanadu. He has since had a recurring role on NBC’s acclaimed comedy 30 Rock.

Cheyenne may not have been cast as Will but he was cast for a guest shot in season one as a crazy choreographer. But he got sick just before filming and the role was recast. Then in April, Glee

producers called again, this time with an even sweeter offer: a recurring role that would drive much of the new season’s plot line.

“It was all I could do to stop from jumping off my chair,” Jackson said. “I wanted to give them all hugs but I didn’t know if that would be too weird. I think I may have hugged Ryan Murphy.”

He has no idea exactly how many episodes he’ll be on (“more than one, less than 22″), but he’s already booked for a second episode in the beginning of October. Whether or not his character is queer, “remains to be seen.”