A better, gayer version of “54″ to have its world premiere at Berlin Film Festival in February 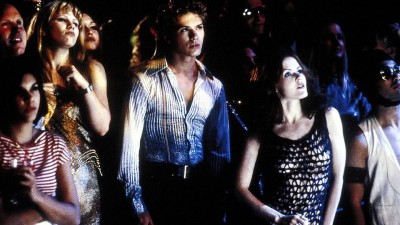 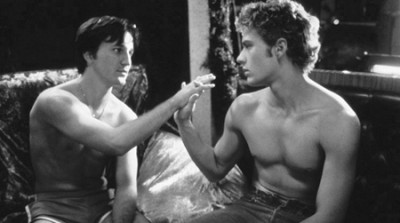 I am utterly thrilled about this.

Seventeen years after the release of the film 54 in theaters, writer-director Mark Christopher has completed a director’s cut of movie and it will have its world premiere at the Berlin Film Festival in February.

When the 1998 film was originally released, Christopher could not have been happy with what was on the screen.

In the film he originally delivered chronicling the rise and fall of Studio 54 – the famed NYC hotspot of the 1970s – Ryan Phillippe’s character was bisexual and Breckin Meyer’s character also seemed ready to dabble in some man-on-man action.

Miramax, the studio that released the film, ordered 20-plus minutes of additional scenes to beef up a relationship between Phillippe’s character and a soap actress played by Neve Campbell.

This plot overhaul resulted in more than 30 minutes of the original version being cut out.

Film editor David Kittredge worked with Christopher on the director’s cut for Berlin and wrote in a Facebook post today that the studio-ordered 90 minute film was ‘very different’ from the original vision.

Kittredge said he and Christopher have worked ‘tirelessly’ for the past several months ‘trimming things and adding over 30 minutes of newly-digitized dailies that have not seen the light of day since 1997.’

The re-cut version includes even more restored footage than what was shown at a well-received ‘secret screening’ of Christopher’s vision at the 2008 Outfest Film Festival in Los Angeles. I was in the audience that night and can tell you the director’s vision is far superior.

‘Incredibly excited to have been the editor of what amounts to a massive cinematic restoration of a really great movie that would have blown people’s minds in the ’90s,’ Kittredge wrote.

‘I can’t wait to have people see this film the way it was intended.’

The film also stars Salma Hayek, Mike Myers, Sela Ward a then-unknown actor named Cameron Mathison who went on to become a soap star on TV’s All My Children.

Mathison was only seen briefly in the studio version and there is no indication that his character is gay. In the director’s cut, his character is in a relationship with one of the other male bartenders at Studio 54 and they even share a passionate kiss.

Can’t wait to see this re-cut! 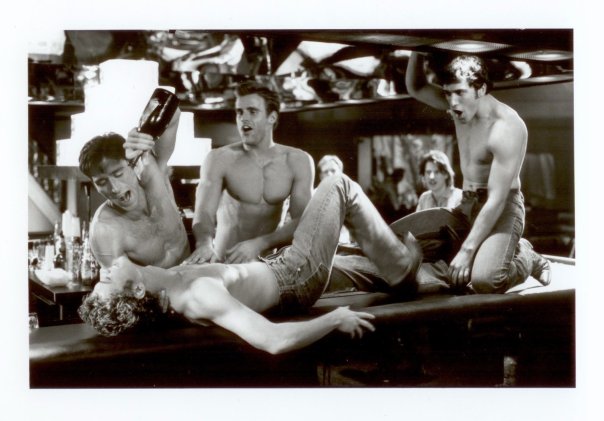