“Champions”cast member Josie Totah comes out as trans: “I always knew on some level that I was female” 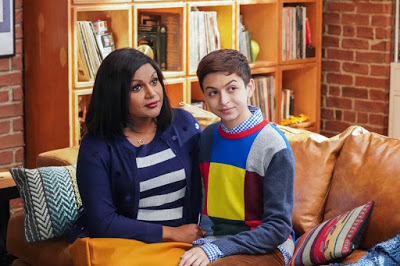 If you watched the recent NBC sitcom Champions, which was unfortunately short-lived, then you know that the absolute funniest character on the show was a gay teen played by a performer billed as JJ Totah.

This kid is a talent and delivered sassy dialogue with expert timing and conviction.

Earlier today, Totah revealed in an essay that she is a transgender female named Josie.

In the past, I’ve halfway corrected people by telling them I identify as LGBTQ. I wasn’t ready to be more specific. I was afraid I wouldn’t be accepted, that I would be embarrassed, that the fans who knew me from the time when I acted in a Disney show would be confused. But I realized over the past few years that hiding my true self is not healthy. I know now, more than ever, that I’m finally ready to take this step toward becoming myself. I’m ready to be free. So, listen up y’all: You can jump on or jump off. Either way this is where I’m heading.

My pronouns are she, her and hers. I identify as female, specifically as a transgender female. And my name is Josie Totah.

This is not something that just happened. This is not a choice that I made. When I was five, long before I understood what the word gender meant, I would always tell my mother that I wished I were a girl. Since I could speak in full sentences, I was like, “Give me a dress!” I always knew on some level that I was female. But it crystallized about three years ago when I was a 14-year-old watching the show I Am Jazz with my mother.

The docuseries was about another 14-year-old, Jazz Jennings, a transgender girl who was going through a medical transition. As I learned more information about hormone replacement therapy, I knew that this was what I had to do. I looked over at her in the middle of the show and said, “This is me. I’m transgender. And I need to go through this.” My mother, who is immensely supportive and gracious, said, “Okay, let’s do it.” Three days later I was meeting with my pediatrician, who referred me to a specialist, who put me on a hormone blocker. From that point on, I hit the ground running….

…There are still things that scare me. Identity documents can be hard for transgender people to change. I’m afraid of that moment when someone looks at the ID, looks at the photo, looks at the gender marker – looks at you. I never want to feel like I’m not allowed in somewhere because of who I am. I’m scared that being transgender is going to limit me in that way. And I’m scared that I’ll be judged, rejected, made uncomfortable, that people will look at me differently.

But when my friends and family call me Josie, it feels like I’m being seen. It’s something everyone wants, to feel understood. And, as a semi-religious person who went to Catholic school, I have come to believe that God made me transgender. I don’t feel like I was put in the wrong body. I don’t feel like there was a mistake made. I believe that I am transgender to help people understand differences. It allows me to gain perspective, to be more accepting of others, because I know what it feels like to know you’re not like everyone else….