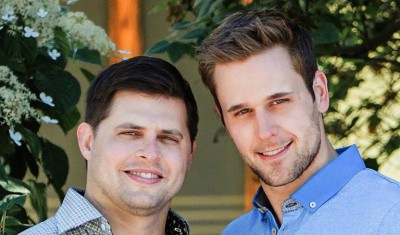 Love that this marriage was featured in The New York Times: Eric Philip Berger, a financial adviser, and Dan Amboyer, an actor, were married Oct. 7. The Rev. Kirsty DePree, a Reformed Church in America minister, performed the ceremony at Marble Collegiate Church in New York.

Mr. Berger (left), 37, is a senior vice president for wealth management in the international financial services division, in New York, at UBS, the Swiss bank. He is also a member on the Founder’s Council at the Williams Institute, which is a research and policy center on lesbian, gay, bisexual, transgender issues at the law school of the University of California, Los Angeles. He graduated from the University of Florida with bachelor’s degrees in finance and English, and received both an M.B.A. and a master’s in politics from New York University.

He is the son of Philip Y. Berger of Okeechobee, Fla., and the late J. Susan Arant Berger. Mr. Berger’s mother was a guidance counselor at Indian River Community College in Okeechobee. His father is a real estate broker in Okeechobee. The groom is also the stepson of Lori C. Berger, who is a broker in her husband’s real estate business.

Mr. Amboyer, 32, has a supporting role in “Brawl in Cell Block 99,” which opened Friday, and leading roles in ”A Very Merry Toy Store,” which is to open in November. He also had a supporting role in the television series “Younger,” from 2015-2016, and starred in the late A.R. Gurney’s final play, “Squash,” at the Flea Theater in 2016. He graduated from Carnegie Mellon University. 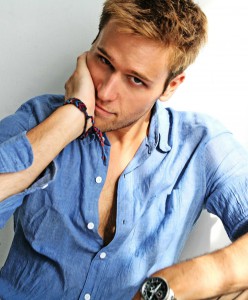 He is a son of Claudia McCloskey Amboyer and Donald J. Amboyer of Shelby Township, Mich. Mr. Amboyer’s mother retired as an English and science teacher at Middle School North in Macomb, Mich. His father retired as the dean for continuing and professional education at Macomb Community College, also in Macomb.

The couple met through Match.com in 2008, though Mr. Amboyer got cold feet just before the two were supposed to get together. “I faked some excuse to get out of the meeting, and he said he was already at this coffee shop waiting for me,” Mr. Amboyer said. “And in fact, he was not.” Mr. Berger took a taxi across town after convincing Mr. Amboyer to keep the date, arriving just moments before Mr. Amboyer, who had come by bus, walked in. The coffee date turned into a dinner date and then drinks, too. “We really hit it off immediately,” Mr. Amboyer said. 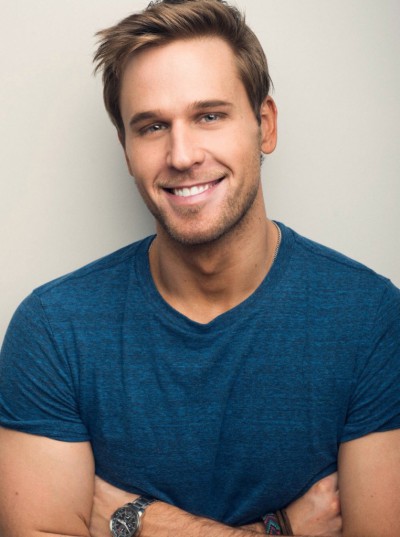 From People Magazine: Dan Amboyer has always kept his sexuality a private matter. But when the Younger actor got engaged to longtime boyfriend Eric P. Berger, he decided it was time to come out as gay.

“Being a young actor in the industry, I had a lot of people who strongly advised me to stay quiet,” Amboyer tells PEOPLE. “That was hard to live with. But I’ve never played a gay role before and I didn’t want to be limited by some strange perception.”

So as he found Hollywood success, he kept quiet about his decade-long relationship with financial planner Eric P. Berger.

“When I went to work on a new show or film, there was always a process of letting people know,” explains Amboyer, who plays twins Thad and Chad on TV Land’s Younger and scored a recurring role on The Blacklist: Redemption.

But on Saturday — in front of 115 family and friends — Amboyer, 31, wed Berger, 37, in New York City and is opening up for the first time publicly about his relationship.

“It was a hard decision to figure out how to approach it in a public way,” says Amboyer. “There are some actors out there now who just keep it as an unspoken aspect of their life and never discuss it in public. But then there are men like Matt Bomer and Zachary Quinto. I look up to them and see how them being so open affected other people and the country’s perception of gay people. And Nico Tortorella, who is also on Younger, has inspired me by the way he’s become such an advocate for gender fluidity. I think the more open actors can be the less stigma there will be attached, which will be a positive thing moving forward.”