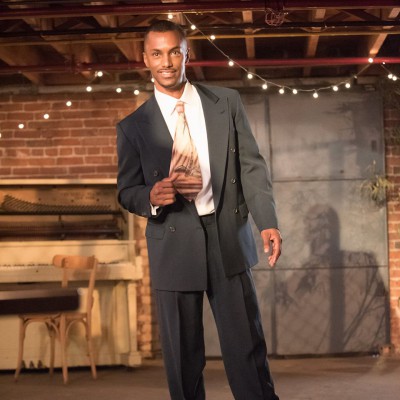 Today is the birthday of the talented Darryl Stephens who I have long been a fan of – as a person and as an actor!

I most recently saw Darryl last summer at the Outfest screening of From Zero to I Love You in which he starred. I’m happy to see that he has revived his role of Andrew from the 2006 film Boy Culture in a TV series of the same name.

The star of the iconic Noah’s Arc series and Noah’s Arc: Jumping the Broom movie has also had memorable roles in such films as  Another Gay Movie, and Hot Guys With Guns, also starred in the terrific TV series DTLA which unfortunately did not last more than one season.

Darryl has done guests spots on such shows as Good Trouble, Twenties, SWAT, Private Practice, Two and Half Men and Two Broke Girls. In 2018, he has roles in the films The Strivers, Congo Cabaret and I May Regret.

Darryl is also a busy stage actor and an author whose memoir Required Reading: How to Get Your Life for Good was released in 2015. You can order it on Amazon.com.