I’m so glad to see Greg getting a lot of the recognition and respect he has long deserved for his staggering accomplishments as the greatest diver in US history. (He has four gold medals from the 1984 and 1988 Olympic Games plus a silver medal he won at the 1976 Olympics when he was a 16-year-old high school student.).

I was already in awe of him then he became my LGBT hero and role model when in the mid-1990s he came out publicly as a gay man and wrote about his journey in his memoir Breaking the Surface. I read the book cover-to-cover again and again. It meant so much to me at that time in my life because I had only recently begun my own coming out process.

At that time Greg also came out as HIV positive. He did interviews with Oprah Winfrey and Barbara Walters and I remember feeling so sad because I thought he wasn’t going to be around much longer. It was just before the breakthrough drugs that began saving lives in 1996.

So here we are more than 20 years later and Greg is thriving. The HBO Sports documentary Back on Board: Greg Louganis tells Greg’s story amazingly well and, I hope, made younger people aware of this sports legend who competed while HIV-positive at those 1988 Olympics and still won even after hitting his head – and requiring stitches – on the diving board in a preliminary round.

Married to the handsome Johnny Chaillot, since 2013, Greg has also connected with his biological father and mother in recent years. His adoptive mother, Frances Louganis, died from cancer in 2004. She had always been his greatest champion throughout his highs and lows.

He is a survivor and one for the ages. 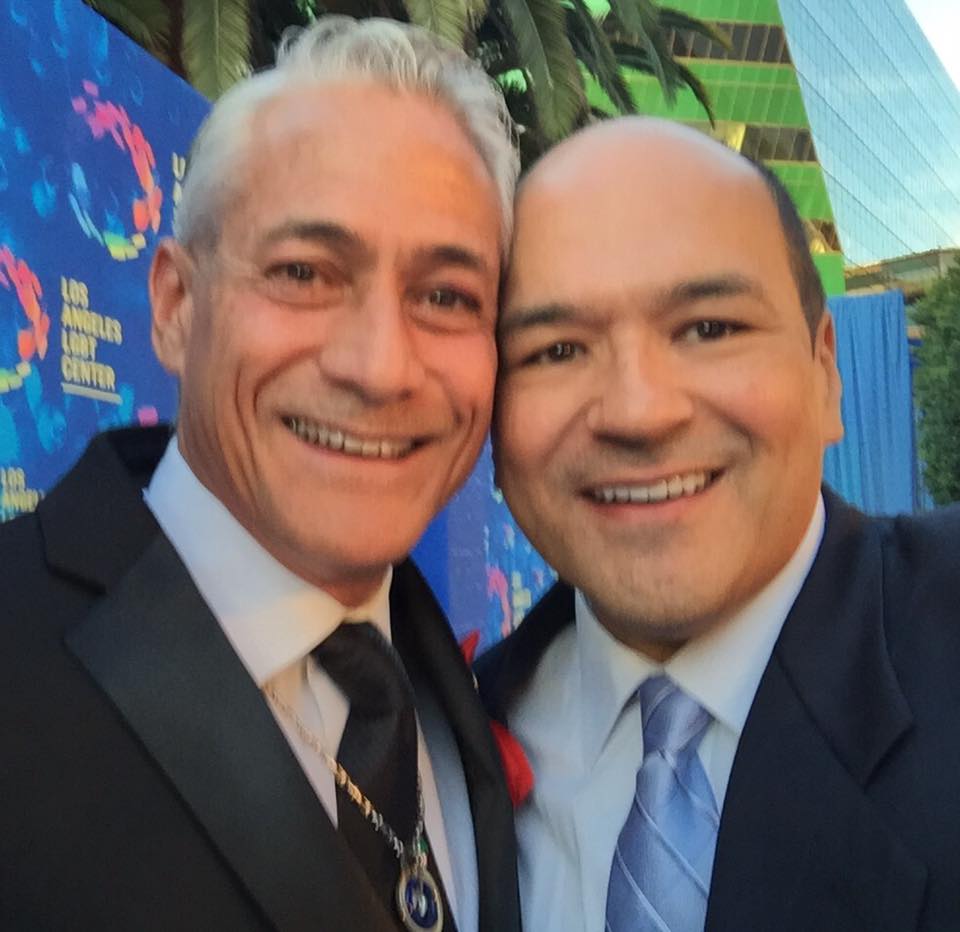