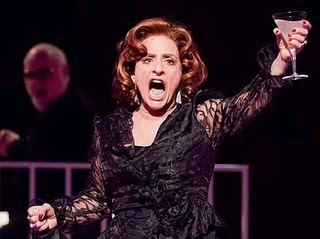 The great Patti LuPone turns 71 today and is as busy as ever adding new chapters to her already legendary career.

Broadway’s original Evita and the star who originated the roles of Fantine in Les Miserables and Norma Desmond in Sunset Boulevard on London’s West End, was back on Broadway starring in Company when the COVID-19 crisis shut down all productions.

But she will still be highly visible starting next month when the Netflix series Hollywood premieres. LuPone, star of ABC’s Life Goes On 30 years ago, has been doing plenty of television in recent years with roles on Pose, Penny Dreadful, and American Horror Story, among others.

This Broadway legend won Tonys for Evita and Gypsy and received nominations for Anything Goes, Sweeney Todd, War Paint, Women on the Verge of a Nervous Breakdown, and The Robber Bridegroom. She also triumphed on Broadway and in London in Master Class.

She has won two Grammy Awards, two Tony Awards, and two Olivier Awards. She is also a 2006 American Theater Hall of Fame inductee

Happy birthday to one of my favorite stars. Here are a handful of her best-known songs: