Out actor Wilson Cruz, veteran of such indie films as Coffee Date and Party Monster, finally lands a role in a major studio hit  – He’s Just Not That Into You – and some people have a problem with it.

Wilson plays one of Drew Barrymore’s co-workers in the ad department of a local gay newspaper, one of three gay men reacting and offering commentary on her character’s pathetic love life.

The problem for some is the feeling that the gay men in the movie – and the co-worker characters in particular – are just a tad too effeminate. They’re not, as Lance Bass once unfortunately described as “straight acting gays.”

“Some people had something to say about the fact that I may have been too effeminate or other people in the film may have been too effeminate but I celebrate that fact that we can do that in 2009,” the actor said when we spoke before the screening of Pedro Saturday night at Outfest Fusion 2009 in Hollywood.  “I want to see more effeminate men on television and in film. I think there is a lack of that. The more we see effeminate men on screen, the more we can help those young people who are exactly that feel okay about it. And that’s really the whole point of my career.” 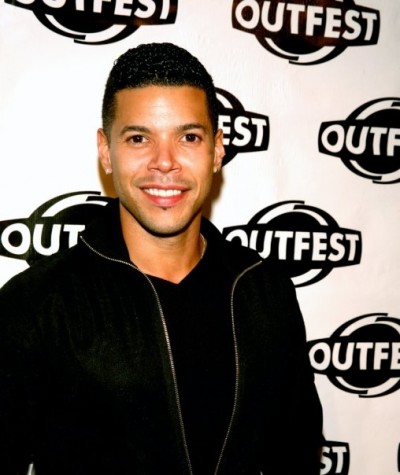 It was as effeminate high school student Rickie Vasquez on ABC’s My So-Called Life that made Wilson a star back in 1994. He made the brave decision to be an out gay actor from the beginning of his career and went on have regular roles in such series as Party of Five and Noah’s Arc and most recently in Rick & Steve: The Happiest Gay Couple in the World and Raising the Bar. He’s also had a busy stage career including a run on Broadway in Rent.

Through it all, he’s never apologized for who he is and makes no apologies for He’s Just Not That Into You which is closing in on the $85 million mark domestically at the box office.

“I was happy with what I did, I was very proud of my portrayal of a gay man,” he says. “I know that there was some controversy about some of the portrayals of gay men in the film. I felt like as a whole, the film did a good job of showing a spectrum of gay men. some of the controversy came off as self-hatred to me in the sense that we do have a lot of effeminate men in our community. I celebrate that. And I celebrate the fact that they should be willing and able to be exactly who they are.”

He has strong words for those who have been critical: “When we as a community start to tear each other down because of the fact that some of the members of our community feel so free and so alive, that they feel they can be whoever they are in public, then we have lost the whole purpose of our movement. The purpose of our movement really is that we as gay men and women be exactly who we are – at all times. And we’re not trying to mask and be something other than that.”

He explains: “I might want to do some political work and that may be where I want to end up.”