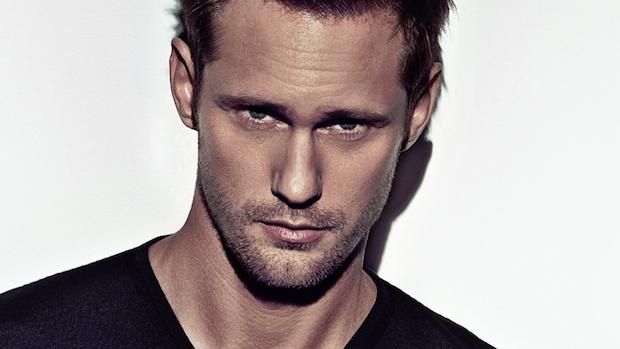 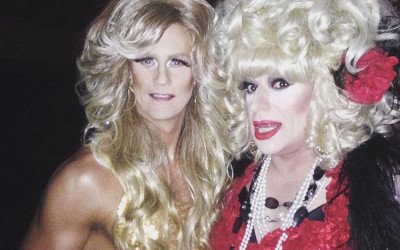 Hunky Alexander Skarsgard created quite a memorable look when attending the premiere of Diary of a Teenage Girl last year in San Francisco.

He went in full-on drag as the late Charlie’s Angels icon Farrah Fawcett.

Wondering how that come about?

‘Everyone was planning their outfits (for the after-party) and talking about these crazy drag outfits they were gonna come in with. I was sitting there with my grey suit and I just felt like, “Fucking hell, this is so boring; can I play as well?” I said, “I wanna look like Farrah Fawcett,”‘ he tells PrideSource.

‘I showed them that iconic image from the early ’80s in that golden dress with the blonde hair, so that’s what we went for. I can’t quite say that we nailed it. I mean, they did an incredible job, but I think it’s tough with a dude who’s 6-foot-4 and 210 pounds. (Laughs) And with those heels, I was like 7 feet tall.’

Now starring in The Legend of Tarzan wearing nothing but a loincloth, the True Blood alum says the night as Farrah gave him a new level of respect for real-life drag performers.

‘As physically demanding as shooting Legend of Tarzan was, it was nothing compared to that night in drag. Oh my god; walking around in those heels, in that super itchy, hot wig and the fake nails, I felt like Edward Scissorhands. I couldn’t even grab a drink.

‘Once we got to the after party at the gay club, I just kicked my heels off and walked around barefoot because I was just dying. So, I have tremendous respect for all the drag queens out there. I got a little taste of what it takes to look that fabulous.’