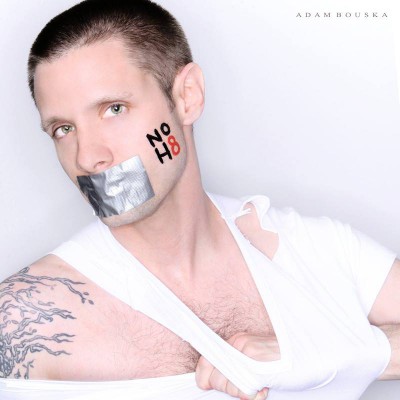 Danny Pintauro is in the middle of quite a media whirlwind this week that continues today with an appearance on The View then HuffPost Live.

Before last weekend’s episode of Oprah Winfrey’s Where Are They Now? thrust him back into the spotlight, we heard very little from the former Who’s the Boss star.

Danny has also been talking this week about his decision to go public about being HIV positive on such shows as Entertainment Tonight and E! News Daily.

On Wednesday night, Danny posted a column on Facebook that he wrote before the Oprah appearance. He shares why he’s decided to become an activist at the age of 39 and what he hopes to accomplish.

‘I can’t pretend to call myself an activist … yet,’ he writes.

‘For the past fifteen years I would say I was one step above ‘neutral’ when it comes to being an ‘activist’ — especially when it comes to issues with the LGBTQ community…. For many of those years I was too lost in my own life crisis’s (note the plural) to spend much time worrying about the ‘greater good.’ For instance: a lot of the time I was worried about paying my bills or having my power turned off because I couldn’t pay my bills, for most of that time I was trying to figure out who I wanted to be when I grew up, for almost all of that time I grappled with being HIV positive, and for some of that time I grappled with meth…. But for every moment of the last fifteen years I felt like figuring me out was more important.’

Danny came out in 1997, five years after Who’s the Boss had ended its eight year run on ABC.

‘But at that time, only a small handful of celebrities had already come out, I was trying not to drown in my classes at Stanford, my parents were less than cooperative, I was barely grasping what it meant to NOT be a child celebrity, and I barely knew what being gay meant for ME … not a good combination to become a ‘Beacon of Light’ or ‘Activist.’ I regret that.’

But now he’s ready: ‘ … The fates allow everything to fall together in just the right way to make it clear to you that the time is finally right. I have a husband who is negative and loves all of my baggage, I’m finally happy, I’ve been financially secure for two plus years, I’m 100% comfortable with being positive, and I’m ready to take on the ‘greater good.’