WATCH: Billy Eichner talks with Seth Meyers about dating in age of COVID-19 and about “sexy” governors 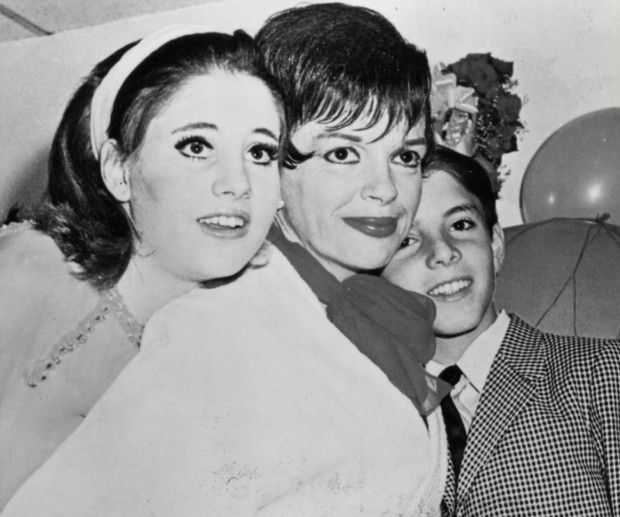 On April 22, 2010 at the very first TCM Classic Film Festival, I was working the red carpet as the stars entered Grauman’s Chinese Theatre for the opening night film A Star is Born. I chatted with Lorna and Joey Luft that night. Since I recently went on a rant about young LGBT people not knowing that Judy Garland and Liza Minnelli are mother and daughter, thought it would be a good time to rerun this piece from nearly 10 years ago: Garland’s two other children are Lorna Luft and Joe Luft.

Lorna Luft brought her two children to Grauman’s Chinese Theatre Friday for a screening of the first major restoration of A Star is Born since 1983.

The classic 1954 film directed by George Cukor was showcased on opening night of the inaugural Turner Classic Movies Film Festival and marked the first time Judy Garland’s grandchildren had seen the film on a big screen.

“I bought a lot of Kleenex. A lot of Kleenex will be used tonight,” Lorna told me on the red carpet. “I think this is her greatest performance. To me, this is the icing on the cake.”

Joe Luft (pictured below), the youngest of Miss Garland’s three children (Liza Minnelli is their big sister), attended the event with family friend Margaret O’Brien who starred with Judy in the classic Meet Me in St. Louis. 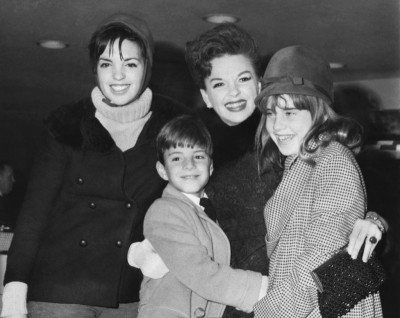 “I think it’s one of top films that she ever made,” Joe said. “I loved all her movies but this was one of the classic ones and it was produced by my father [Sid Luft], and the people in it and the way it was done, it was a classic, timeless movie. I’m really proud of it. It’s one of those movies that will never go away.”

“She loved this movie,” he added. “She loved James Mason, she loved everybody in this movie. She wished at the time, that the parts that they cut were found and they didn’t find them until later.”

Lorna said it’s always nice to attend these kinds of events: “Every time that my mother is celebrated, it’s wonderful. Every time that someone celebrates her, every time some mom and dad sits their little boy or little girl down in front of a television to watch The Wizard of Oz, how great is that? What an honor that is.” 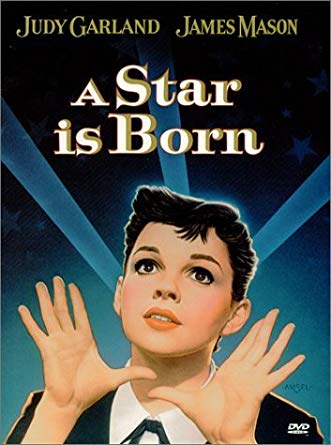 She was in the hospital after delivering her only son on the night of the Academy Awards.  She had received her first and only best actress nomination but lost to Grace Kelly for The Country Girl.

“I was the Oscar!” Joe told me, laughing.

Lorna was more blunt about the Oscar loss: “She was robbed.”

Miss O’Brien agreed: “I think this is one of the greatest performances ever on screen because Judy did everything in this film. She danced, she sang, she’s dramatic. It’s the best performance there ever was on screen. She did it all. I think today everybody realizes that Judy was robbed a of the Oscar on that one.”

I asked film expert Leonard Maltin where he would rank A Star is Born on Miss Garland’s film resume: “I’d put it right at the top along with The Wizard of Oz and Meet Me in St. Louis. It’s one of her signature roles with some of her emblematic sings that she performed for the rest of her life. It was an opportunity for audiences to embrace her and welcome her back after she’d been away for a couple of years and had some very tough times in her personal life. So what better way to say, ‘You’re back and we love you.”?

WATCH: Billy Eichner talks with Seth Meyers about dating in age of COVID-19 and about “sexy” governors