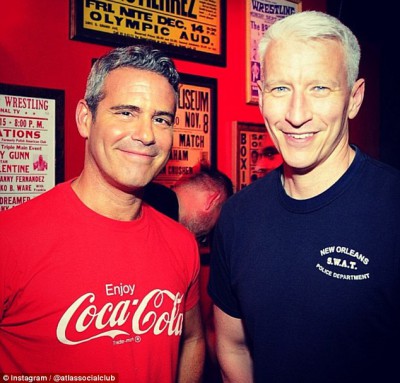 Amber Rose just came out and asked Andy Cohen the other night on Watch What Happens Live: “Are you and Anderson Cooper fucking?”

Wouldn’t it have been great had Andy surprised us all and answered: “Yes, like rabbits.”

But then again, then these two famous BFFs probably would not be able to maintain the amazing friendship they share.

He went on to explain: ‘We were set up on a blind date over 20 years ago in the early 90s and it never took. We spoke on the phone once and I thought the call went great. But he said he could picture me wildly gesticulating and it turned him off. And so we never went out but we became great friends.’

Andy added: ‘We’ve never done a thing – never seen each other naked or anything.’