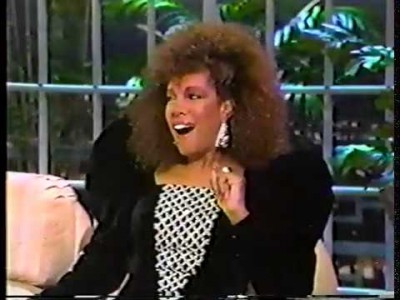 Always loved when she hosted The Tonight Show then when she did The Late Show on Fox I watched her all the time. It was on that show in 1986 that Joan interviewed Mary Wilson whose hot new memoir Dreamgirl: My Life as a Supreme was causing quite a stir.

In the book, Mary called out Diana Ross for her obnoxious behavior at the Motown 25 reunion which included actually pushing Mary while on stage which is why the Supremes “reunion” was so brief. Joan asks about this point blank and while Mary tries to sugar coat it a little bit, Miss Rivers had it right. The friendship was over. And Ross’ career did take a hit. Is it a total coincidence that she never had another big hit single after Wilson’s book came out? She remained a big star and a big concert draw but her recording career never recovered.

It also would have been so interesting had that 2000 reunion tour actually happened with Mary, Diana and Cindy Birdsong.

Anyway, in this clip, enjoy Mary basking in the limelight again.