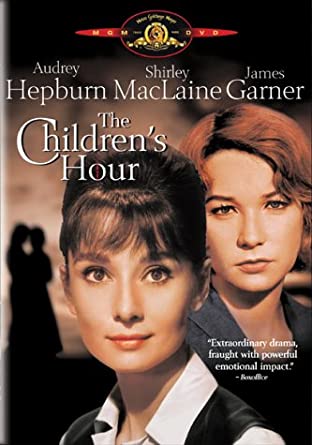 In this video, the hosts discuss the ways in which lesbian and gay characters in classic Hollywood and television were often punished for their sexuality. The point to The Children’s Hour starring Audrey Hepburn and Shirley MacLaine. They are both teachers at the same school and it turns out MacLaine is in love with Hepburn and feels really dirty about it.

Like many other movies from this era, the gay is not allowed to be happy in the end – or to even live.

“It’s just the forgone conclusion that once Shirley MacLaine admits that she is gay, that she has to die whether she is killed or kills herself,” complains host Dave Karger. “The fact of the matter is, people do struggle with coming to turns with their sexuality and they do have internal struggles with it. … That isn’t so much the problem as much as the issue that she simply cannot live her life in a truthful way in the world that his movie depicts. And that’s what’s discouraging and disconcerting for a gay viewer watching this movie because there’s nothing wrong with Shirley MacLaine’s character. She’s a lovely woman who happens to be gay. It’s just a little distressing to see all of these characters end up dead in the movies of this time period.”

The hosts also discuss concerns around themes of gender identity in Alfred Hitchcock’s Psycho and other films. These conversations are a deeper dive into the ways in which various moviegoers have interpreted these themes in movies over the years, as some have always been outwardly troubling while others have been more subtle.