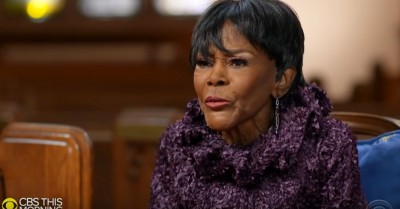 This is a gem and the timing is bittersweet.

Cicely Tyson‘s memoir “Just As I Am” was released this week and she met up with Gayle King at her church in the Harlem neighborhood of New York City for a socially distanced interview for CBS This Morning.

During the interview, Cicely opened up about her career, her romances, and her legacy.

“I’m amazed every single day I live,” she said in response to being asked how it feels to be amazed. She was asked if she feels she has more to do and she responded, “Yes, that’s why I’m still here. I mean, what my life became is not what I expected. I had no idea that I would touch anybody.”

At the end of the interview, Gayle asked Cicely, “When the time comes, what do you want us to remember about you?” She responded, “I’ve done my best. That’s all.”