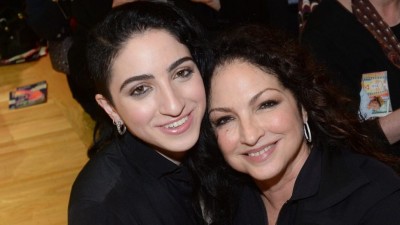 This is very tough to watch and I think a lot of us can relate.

During the latest episode of Red Table Talk: The Estefans, Emily Estefan and her mother famous mother, Gloria Estefan, rehash what happened including inner turmoil, hurtful comments and more.

Emily shares struggles she had with her sexuality, dating both men and women, and feeling like “something was wrong with me.” After meeting her partner, Gemeny Hernandez, she felt like it was time for her to come out publicly.

But she was trepidatious because of a comment her mother had made.

She says to Gloria on the show: “I was like, ‘Hey, I’m in love with this girl.’ The first thing you said was, ‘If you tell your grandma and she dies, the blood is on your hands.’ I just wasn’t ready for that because I understand that grandma was old, but I already made it feel like, whatever it is, hide it, it’s not OK. So that’s where my hurt started. I’m never going to forget that.”

Gloria said Emily did not remember it correctly because it had been such an emotional time.

“I was trying to protect both my ailing mother from any shock that would affect her health and Emily from anything that could harm their relationship,” Gloria said.

The singer said she didn’t fully know how much the comment had impacted her daughter emotionally.

Emily said when her own music career had taken off, she had suicidal thoughts because of her strained relationship with her mother.

“The things I was facing in the moment were so crippling that I couldn’t see anything but the hurt,” she admitted.

Said Gloria: “For any parent, we love unconditionally and what we were trying to do was to protect you and ended up hurting you, which kills me. And I hate that that happened.”

Both women noted that they have since forgiven each other following the incident and have continued to go to therapy.