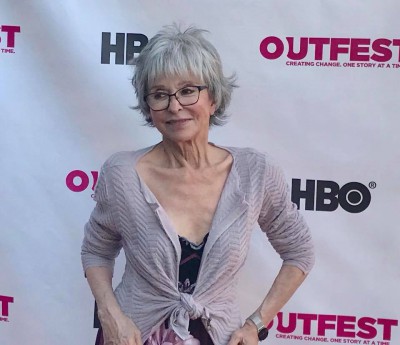 Rita Moreno is one of the great showbiz legends who keeps on going strong.

She turns 88 today and believe me, she is one sexy octogenarian! I took the photo of her (left) at Outfest last year.

She is one of the few performers to have WON all four major annual American entertainment awards – an Emmy, a Grammy, an Oscar and a Tony – and pointed out to me a few years back that she is a legitimate EGOT because none of her awards are honorary. Not even Barbra Streisand or Liza Minnelli can say that!

This year she added a Peabody Award to her historic haul so she’s now a PEGOT!

Of course she’s best known for West Side Story and The Ritz (on Broadway and film) but as a kid I only knew her as that lady from The Electric Company. Now kids know her as the hilarious grandmother from One Day at a Time.

She goes on and on … thank God!