WATCH: “Bridgerton” star Jonathan Bailey shares with Bazaar UK “What you don’t know about me” 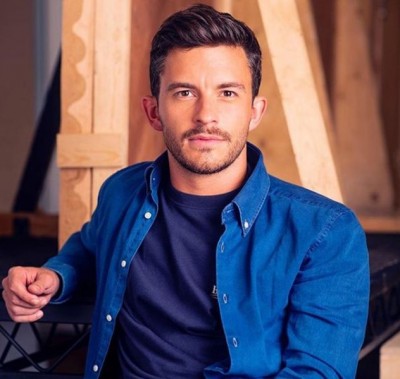 Until December 2020, English actor Jonathan Bailey was best known for his roles in Broadchurch, Doctor Who and comedy series Campus – but now he’s gained a new legion of fans thanks to his turn as Anthony Bridgerton in new hit Netflix period drama Bridgerton – which quickly became one of the streaming platform’s top viewed series when it was released on Christmas Day.

A keen musical theatre fan (his guilty pleasure is watching musical flashmob videos on YouTube, he tells us), Bailey decided he wanted to go into acting after watching a production of Oliver aged five. Aside from his work in television, the actor went on to have a hugely successful career in theatre. He was nominated for Outstanding Newcomer at the 2012 Evening Standard Theatre Awards for his performance in David Hare’s South Downs; he played the role of Tim Price in the musical American Psycho alongside Matt Smith in 2013; in 2017, he appeared alongside Ian McKellen in King Lear at the Chichester Festival Theatre; and in 2018, Bailey was cast in the second West End revival of Company, for which he won the 2019 Olivier Award for Best Actor in a Supporting Role in a Musical.

From his strangest audition experience, to the most romantic thing anyone has ever done for him, what makes him happiest and what his party trick is, here’s what you don’t know about Jonathan Bailey.