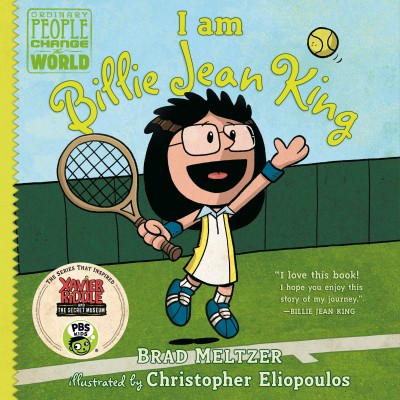 Every day, I’ll scan the headlines or look at Twitter and see the most vile things being said and done by people in positions of power.

I don’t understand not displaying basic human decency especially when you are a leader.

So when I came across this video of Billie Jean King reading the children’s book about her life (I Am Billie Jean King) I watched it and it reminded me of the good and amazing leaders and role models who are out there. And it reminded me of when I was a kid and was crazy about pro tennis and got my mom to buy me Billie Jean’s autobiography simply titled Billie Jean. The book, published in 1982, resonated with me deeply and I read it countless times. It helped shape my feelings about fairness and equality and equal opportunity and it showed me how important it is to speak out against injustice and to try and do something about it. 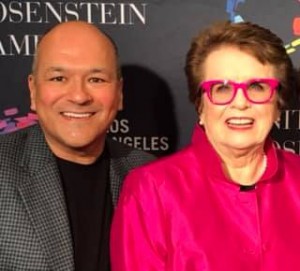 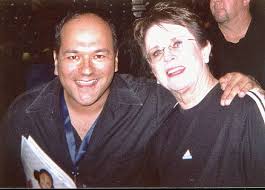 I’ve interviewed Billie Jean several times over the years, most recently in 2019 at the grand opening of the Los Angeles LGBT Center’s Anita May Rosenstein Campus. But because I was the one asking questions for an article or a video, I’ve never been able to really convey to her how much she has meant to me and how much her life and her attitude has inspired me.

So maybe she’ll read this!

Anyway, if you don’t know about Billie Jean, here are some highlights that go well beyond the famous “Battle of the Sexes” match against Bobby Riggs in 1973 that was made into a feature film a few years ago starring Emma Stone and Steve Carell. The film also told the story of how Billie Jean – in a battle of equal pay – led the way in founding the women’s tennis tour. She founded the Women’s Tennis Association, the Women’s Sport Foundation, Team Tennis, and was an outspoken leader in the passage of Title IX.

Plus being number one in the world, the winner of a record 20 Wimbledon titles (singles, doubles and mixed) and 19 other grand slam titles including four US Opens singles crowns. She also received the Presidential Medal of Freedom from President Barack Obama and the National Tennis Center in New York was named after her in 2006. 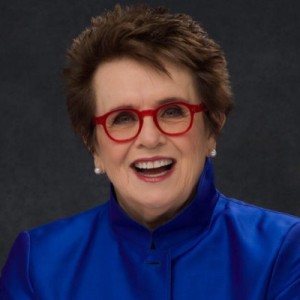 I’m also so thrilled Billie Jean, after a long struggle, has become comfortable in her own skin and is an out and proud member of the LGBT community. She and her partner Ilana Kloss has been a couple for more than 30 years.

Anyway, this children’s book gives you a taste of all that Billie Jean has done plus how she had amazIngly supportive parents. (Her brother Randy Moffitt was a major league baseball player – a relief pitcher for the San Francisco Giants and other teams.)

Yes, I went on and on but it felt good to write about my greatest she-ro today.

Here is Billie Jean King reading her inspiring story. Please share it with the kids in your life – and anyone else!