Video: Steve Grand shares details of performing Down Under at Sydney Gay and Lesbian Mardi Gras​ 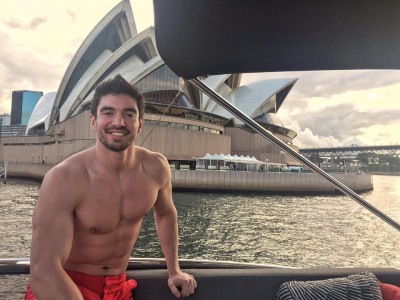 Looks like Steve Grand had the absolute time of his life earlier this month in Australia. He has just unveiled a video which beautifully recaps his experience and writes: ‘My first trip to Australia was a huge success, and I’m excited to share it with you! I performed Sydney Gay and Lesbian Mardi Gras​ with a bunch of very talented, sexy male dancers – The first time I ever did a choreographed live show! I also did the BridgeClimb Sydney​, swam in the harbor, fed kangaroos, hung out on a yacht with some Aussie boys, and even got a little speedo/pool time in

I’m waiting for the green light to release footage from the whole performance. Hopefully that is on it’s way sooner rather than later!