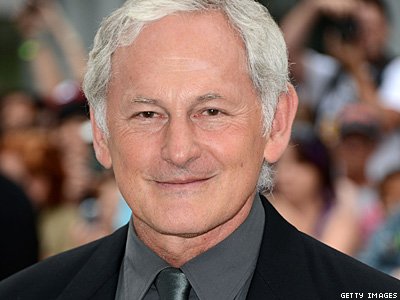 I’m not in the business of outing people but I’m certainly happy to write about people coming out.

The celebrity whose coming out story I can claim full credit for is that of Victor Garber who talks about it in the latest issue of The Hollywood Reporter:

VICTOR GARBER, ACTOR, 71: I did come out inadvertently. This happened in an interview in Pasadena. I think it was after the Golden Globes in 2013 after Argo. And this guy was interviewing me, and he said, “How long have you been together with [your husband] Rainer [Andreesen]?” And I said, “Oh, we’ve been together a number of years” and didn’t really think about it. And Rainer was on a ski lift in Aspen and said he got like 40 texts and he nearly fell out of his chairlift. He said, “I guess you’re outed now.”

Here’s more of what Garber had to say in the issue:
Ian McKellen and I had dinner one night, and it was just around the time he had come out [in 1988]. He told me I had to come out. And it really resonated with me. But I didn’t have the courage to do it until I was older.

After playing Jesus in Godspell, the director, David Greene, said, “I’d like you to play Liberace [in 1988's Liberace: Behind the Music].” There were some people who thought it wasn’t a good move [because Liberace had just died of AIDS], but I didn’t care. There was no question that I was going to do it. But I didn’t work in TV for years after that.

Related posts:
*** Exclusive: How my interview with Victor Garber ended with him confirming that he is gay

*** Commentary: On Victor Garber and breaking the story the first time Jodie Foster kind of came out publicly