US Figure skater Jason Brown, the 2015 National champion, has come out publicly as a gay man 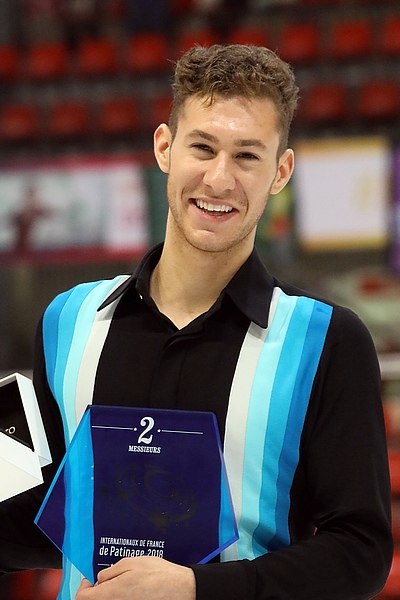 Congratulations to 26-year-old US figure skater Jason Brown who has taken to social media to share with the world that he is gay.

Jason was the 2015 U.S. national champion and won a bronze medal in the team event at the 2014 Winter Olympics in Sochi, becoming one of the youngest male figure skating Olympic medalists.

Here is what he wrote on Instagram this week:

I’ve grown up surrounded by beautiful, creative, strong, proud, successful, and supportive LGBTQ+ role models. Whether it be family members, coaches, skaters, teachers, friends, or others I’ve had the privilege of crossing paths with, my perception of what it’s like to be LGBTQ+ was far from one dimensional.
•
I’ve always found it impossible and, truthfully, dangerous to paint or stereotype any one group with a singular brushstroke. The diversity of people I’ve met along my journey has shown me that everyone is so individually themselves. No experience or personality is the same, simply people finding their identity, their voice, and owning their truths in their own unique ways.
•
I’ve always been shown the beauty in embracing love in every form. I never questioned my own sexuality or even thought much about it because it didn’t matter. I am who I am, and have always been fortunate to be surrounded by people who made me feel like that was enough.
•
I realize that so many confront a different reality. History hasn’t always been kind, and the fight for equality and acceptance is an ongoing one. There is no doubt that my life’s been enhanced because of the people around me who’ve had the courage to stand up and share a piece of who they are with the world…and for that I say thank you.
•
I believe that love will always win, and every story will unfold differently for each individual. Mine unfolds a bit now. I’m gay, and that’s a story still being written…

Fellow out skater Adam Rippon was among those to congratulate Brown. He wrote: “Your skating is equally as beautiful as you are as a human. You an incredible person. HAPPY PRIDE, Jason. SO MUCH love for you” ❤️❤️❤️