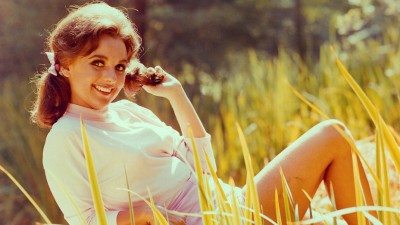 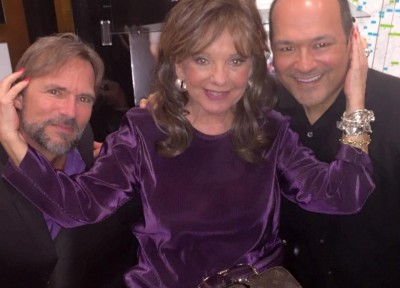 COVID-19 has claimed the life of our Mary Ann.

So sad. Met her on several occasions and my favorite time was at TV Land Awards when we gabbed about her episode of Chopped (Food Network series). She was so lovely. My friend Jay and I are pictured with her in 2016 at an event at The Hollywood Museum.

Here are some excerpts from The Hollywood Reporter article on the life and death of Miss Wells.

Wells died in Los Angeles of causes related to COVID-19, her publicist announced.

Other than Tina Louise, Wells was the last surviving member of the regular cast of the Sherwood Schwartz-created show, which featured three women and four men marooned on a desert island after their three-hour boat tour off the coast of Honolulu went inexplicably awry.

Airing amid the real-life tumult of the Vietnam War, the Civil Rights movement and unrest on college campuses, viewers welcomed the corny sitcom as wholesome escapism. It earned solid ratings during its 98-episode run from 1964-67 and attracted new fans through decades of syndication.

While some of the cast — most notably Louise, who declined to appear in three made-for-TV Gilligan’s Island movies from 1978-82 — expressed dismay over being “typecast,” the angelic Wells embraced the show’s enduring popularity and was grateful to the fans who, for years, sometimes obsessively, expressed their affinity for her and the character she played.

In August 2018, Wells took a fall and revealed that she was having difficulty paying for the two months of hospital rehabilitation that she needed. She said she was flabbergasted when folks raised $197,000 for her in a month after a friend created a GoFundMe page.

“I am amazed at the kindness and affection I have received,” she told Fox News. “I don’t know how this happened. I thought I was taking all the proper steps to ensure my golden years. Now, here I am, no family, no husband, no kids and no money.”

Dawn Elberta Wells was born in Reno, Nevada, on Oct. 18, 1938. Her father was a real estate developer and her mom a homemaker. “My parents divorced when I was four, but I did not grow up in a broken home,” Wells wrote in her book. “I was raised by a very good mother and a great dad.”

She said that in middle school she was chubby with severe acne, braces on her teeth and bad knees, the result of ballet lessons. Nevertheless, Wells noted that she was popular, proof “that the bell of the ball doesn’t have to be a belle.”

She eventually blossomed into the role of a belle, culminating with her being crowned Miss Nevada in 1959 and competing in the 1960 Miss America pageant. That same year she graduated with a degree in theater arts from the University of Washington after initially studying chemistry.

Before she was Mary Ann, the 5-foot-4 Wells had a string of smaller roles on TV shows like Wagon Train, Maverick, 77 Sunset Strip and Bonanza and, after Gilligan’s Island was canceled, she appeared on The Wild Wild West, ALF and other series.