“Turtle Hill, Brooklyn” premieres in NYC this weekend – was one of my favorite movies from last year’s festival circuit! 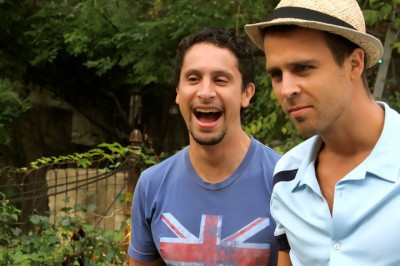 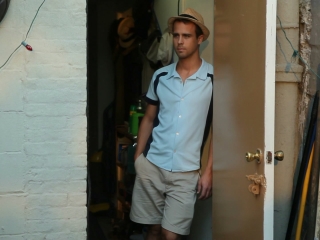 I am thrilled to spread the news that Turtle Hill, Brooklyn - one of my favorites from last year’s film festival circuit – begins an exclusive week-long engagement at Quad Cinema in Manhattan on Friday, May 3.

Saw it in Palm Springs last fall and highly recommend!

Writers/producers Brian W. Seibert and Ricardo Valdez, a couple off-screen, headline the cast as on-screen couple Will and Mateo.

Will and Mateo are throwing a 30th birthday party for Will at their home in Turtle Hill, Brooklyn. When Will’s conservative sister stops by unexpectedly, he is forced to come out to her and face the repercussions.

The party kicks into action as the friends drink, jump in the kiddie pool, break the piñata, and argue about politics, relationships, sex and religion. Another surprise guest arrives exposing truths that threaten Will and Mateo’s relationship.

When the bottles are empty and guests are gone, the couple faces the reality of who they are individuals and where they stand as a couple.

My favorite scene is this: Someone has brought a guy as a guest who happens to be a Log Cabin Republican. Will is having none of it and ends up giving the guy a piece of his mind in a withering takedown so thorough that I wouldn’t have been surprised if the guy changed party affiliations right there and then!

The movie was actually filmed at Brian and Ricardo’s Brooklyn home. Brian told me after the screening in Palm Springs that the movie was inspired by the annual birthday parties he has with their group of friends.