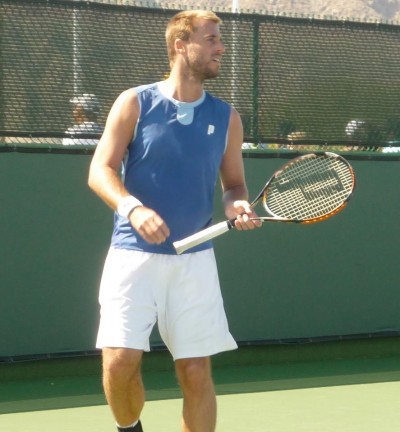 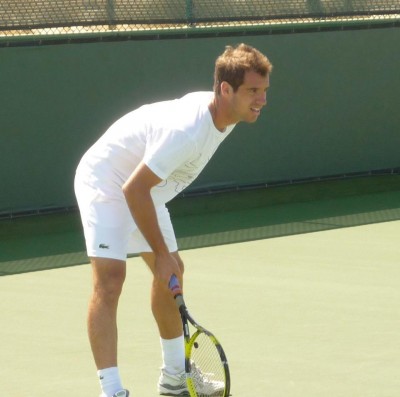 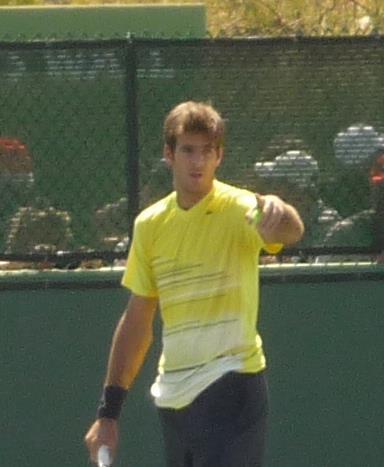 As promised, here are three more of the hunky tennis players I encountered during my weekend at the BNP Paribas Open in Indian Wells.

1) Olivier Rochus. He’s been ranked as high as #29 in the world but this Belgian hunk is currently at #48.

He won the 2004 French Open in doubles and has recorded several wins over far higher-ranked players including Novak Djokovic.

I could have sat and watched him practice all day but there were other men to stalk watch!

2) French star  Richard Gasquet drew a nice crowd of spectators as he practiced. He’s much more attractive than I realized so I very much enjoyed watching him work on his forehands, backhands and return of serve.

The 25-year-old is currently ranked #16 but has climbed as high as #7 and made it to the semifinals of Wimbledon in 2007.

3) Juan Martin del Potro is the 2010 US Open champion who has come back from nearly a year off the tour to return to the top 10.

The Argentinian hunk is just 23 and capable of beating anybody in the world.