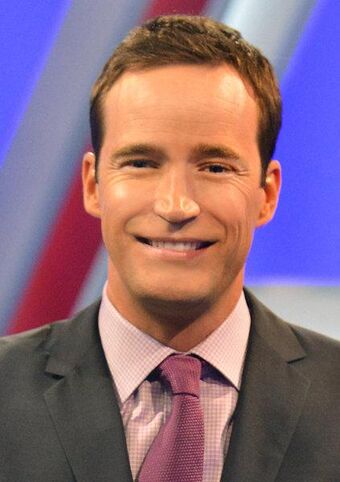 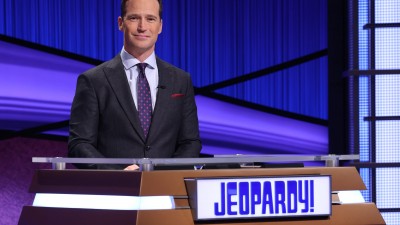 New episodes of Jeopardy! continue all this week with executive producer Mike Richards as guest host!

He’s more handsome than just about any game show host I’ve ever seen, certainly knows the game well, and has a good TV presence. But he only stepped in at the last minute when after six weeks of hosting, Ken Jennings had to leave for another TV gig and none of the upcoming guests hosts like Anderson Cooper and Katie Couric were available that week. With contestants lined up and everyone COVID tested, Richards agreed to host to keep the production on schedule.

Longtime host and TV legend Alex Trebek died in November of pancreatic cancer and a permanent replacement has not yet been decided upon.

Maybe it should be the 45-year-old Richards!

“In some ways it’s easier for me, because I’m an executive producer,” Richards tells USA Today. “So if I didn’t like the way (a clue) was written I could get mad at me. Once I was able to get (past) the enormity of the man who stood behind the lectern for the better part of four decades … it was very fun. But at every commercial break, as I stepped back, I would think of Alex, who he was, how great he was, and it was easy to get in your head that way.