Hope your day is going splendidly.

So why have I chosen Mark Wahlberg to illustrate today’s “Briefs” column?

He was on my mind because my sister and I watched Date Night over the weekend and Mark was shirtless throughout!

The former Calvin Klein underwear model-turned-Oscar nominee has held up damned well over the years! Plus, the movie – which stars Tina Fey and Steve Carell,  is an absolute riot. Rent it! 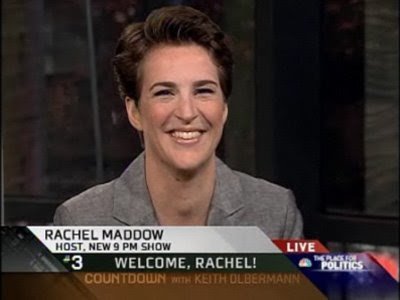 MIGHTY MADDOW: God, it’s so wonderful to have such a sane and intelligent voice on television each night. Rachel Maddow is not interested in sensationalism, just the truth. So it seems fitting that Maddow will be presented with the 2010 Walter Cronkite Faith & Freedom Award at a gala dinner in New York in October.

The description seems to fit the MSNBC journalist to a tee!

DADT DISCHARGE ON HOLD: Lt. Col. Victor Fehrenbach (pictured with activist Dan Choi)  is an American hero and fighter pilot who during an 18-year career in the military, completed 88 combat missions, 2,189 total flying hours, 1,487 fighter hours and 488 combat hours. He has received eight air medals, one for Heroism, and was hand-picked to protect the Washington, D.C. airspace after 9/11. He flew combat missions in Iraq and Afghanistan, targeting the Taliban and Al Qaeda.

His reward? Being discharged – just two years short of retirement – because he is gay. 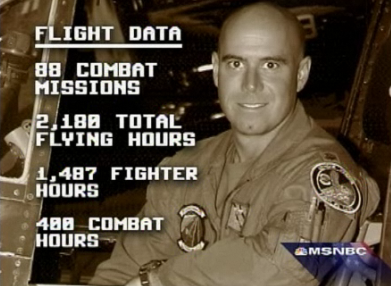 The man is a high-profile example of why the military’s discriminatory Don’t Ask, Don’t Tell policy against gays must be abolished now. Toward that end, there seems to be a bit of a breakthrough in Fehrenbach’s case.

The Advocate reports that the U.S. Department of Justice, U.S. Air Force, and the U.S. district court for Idaho have reached an agreement on the case of Fehrenbach that temporarily prevents the Air Force from discharging him under “don’t ask, don’t tell” until the court schedules a hearing in his case.

Servicemembers Legal Defense Network Executive Director Aubrey Sarvis praised the fairness of the arrangement and said: “The agreement recognizes the immediate harm to Lt. Col. Fehrenbach and insures that he will eventually get to make his case at a full-blown hearing without losing his job.”

ROSIE THE DIVA: We have gotten so used to Rosie O’Donnell as herself that it’s easy to forget that she is a darn good actress! In such movies as A League of Their Own, Sleepless in Seattle and Beautiful Girls, Rosie was terrific. She was also a hoot in her recurring role as Dawn Budge on FX’s Nip/Tuck and has headlined on Broadway in Grease and Suessical the Musical.

Her latest role has Rosie guesting on the Lifetime hit Drop Dead Diva on Sunday, according to TVGuide.com.

In the episode, Judge Summers will lend a hand to a desperate Jane (Brooke Elliot) in an effort to save her client.

Rosie, of course, will also be returning to daytime television via Oprah Winfrey’s OWN Network with a new talk show set to debut next year.