Tuesday Briefs: Bragman, Cruz & Paige are “Amazing” as is Federer’s between legs shot! Plus Cher movie poster and more!

The award recognizes Amazing Gay Women and Men who are working, creating and changing lives as they continue their way up the ladder of success.

Publicist Howard Bragman, whose clients include Meredith Baxter and Chely Wright, is among the men chosen and said:  “I grew up fat, Jewish and gay in Flint, Michigan feeling like I had three strikes against me and then I moved to Hollywood where I realized it was three rungs on the ladder of success.  Thanks POWER UP for recognizing this.”

Thrilled to see the hard-working and talented actors Peter Paige and Wilson Cruz included among the honorees as I am big fans of both of these men who make things happen for themselves and who have been out and proud throughout.

The recipients receive their award at the 10th Annual Power Premiere Celebrity Gala on Nov. 7 in Hollywood.

TURNING BACK TIME: It’s like the late 80s and Cher is making movies!

The Oscar-winning icon stars with Christina Aguilera in the musical Burlesque due out in November. Here is the movie’s poster where she and Christina look about the same age! Whaddaya know about that!

Here’s the plot: Aguilera will play an ambitious small-town Iowa girl with a big voice who comes of age in a neo-burlesque club on Sunset Boulevard that’s run by Tess (Cher), a former dancer who struggles to keep the club open and gives the young girl a chance to shine.

I’m a huge fan of Cher the actress and am so glad her final film will no longer be Stuck On You which was fun but not on the caliber of her classics Mask, Silkwood, The Witches of Eastwick and, of course, Moonstruck. I also loved her in Mermaids, Suspect and Tea With Mussolini.

The less said about Faithful the better, however. 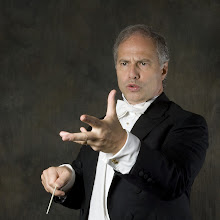 SPOTLIGHT: Florence Henderson is in the news today because of her participation in Dancing With the Stars. But there’s also news involving the man who helped Miss Henderson put together her dazzling one-woman show: two-time Emmy winner Glen Roven.

It stars Kerry Butler, Deidre Goodwin, James Patrick Stuart and Tom McGowan with the rest of the cast being announced later this month.
BETWEEN HIS LEGS: Now get your mind out of the gutter! I’m talking about an absolutely thrilling, unique (and possibly dangerous!) shot that Roger Federer made last night during his first round match at the US Open.

Roger had his back up against the wall at the end of a long point against Brian Dabul and resorted to the same stunning shot he used against Novak Djokovic in last year’s semifinals. Both times he hit a winning shot and went on to win the match.