Trump comments on Jussie Smollett attack: “I can tell you that it’s horrible. It doesn’t get worse” 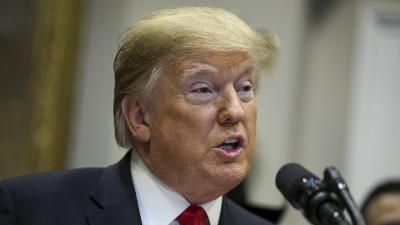 Variety reports: President Donald Trump told reporters that the attack this week on “Empire” star Jussie Smollett was “horrible” and “doesn’t get worse.”

“I can tell you that it’s horrible. It doesn’t get worse,” Trump said in response to a question on Thursday from April Ryan, Washington bureau chief for American Urban Radio Networks.

The Chicago Police Department has released two images from surveillance video of “potential persons of interest” in the attack of Smollett.

The attack is being characterized as a possible hate crime, and involved two men yelling out “racial and homophobic slurs” at Smollett, pouring an “unknown chemical substance” on him, and wrapping a rope around his neck, according to the Chicago Police Department. In a follow-up interview with police, Smollett also told investigators that he heard attackers shout “MAGA country.” MAGA stands for Make America Great Again, President Trump’s campaign slogan.