Tribute to Gilbert Baker, the man who created iconic Rainbow Flag, who has died at age 65 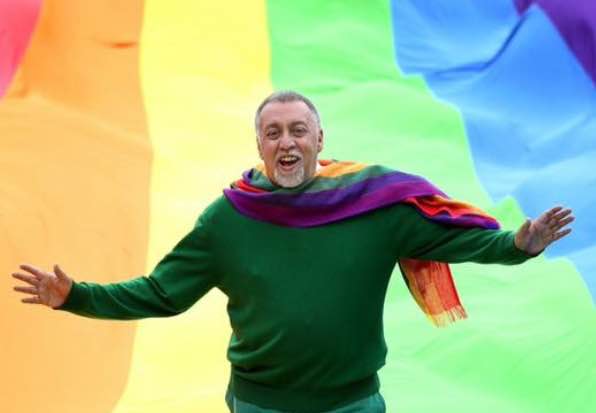 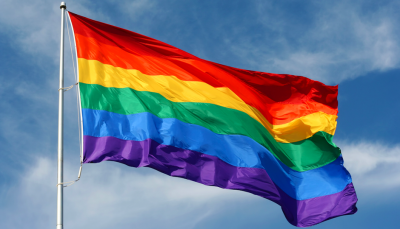 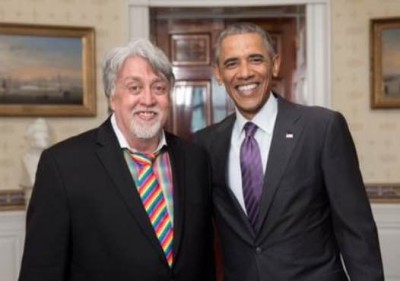 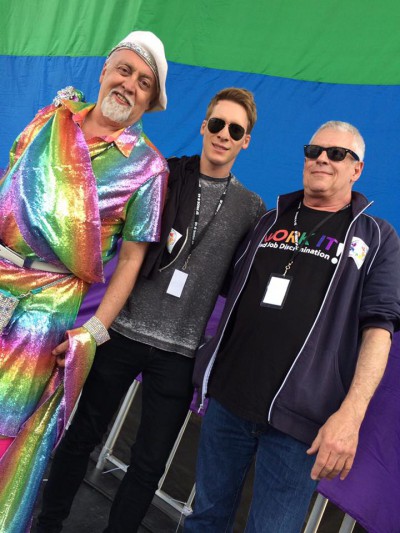 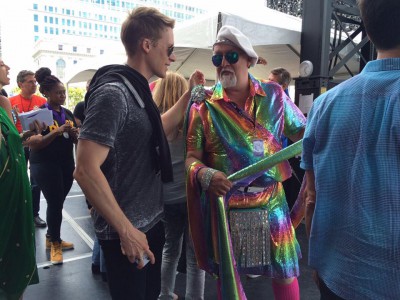 Gilbert Baker, creator of The Rainbow Flag that has become the symbol of the modern LGBT movement, died earlier today.

Baker died of natural causes at the age of 65 at his home in the Hamilton Heights neighborhood of Manhattan.

His work as a flag maker spans 39 years and includes two world records for flag making.

The first Rainbow Flag made its public debut in 1978 at San Francisco Pride.

Each stripe on the original eight-color flag had a meaning starting with hot pink which represented sexuality. Red represented life, orange was healing, yellow for sunlight, green for nature, turquoise for magic and art, blue for serenity and harmony and violet for spirit.

‘My dearest friend in the world is gone. Gilbert gave the world the Rainbow Flag; he gave me forty years of love and friendship. I can’t stop crying. I love you forever Gilbert Baker.’

Jones, creator of the world-famous AIDS Memorial Quilt and a protege of Harvey Milk, asked friends to meet him Friday night at Baker’s flag that waves at Castro and Market streets in San Francisco. It has flown in the Castro District permanently since 1997.

Baker did not profit from use of the flag as a commercial product because it is in the public domain as are all flags.

‘Flags are torn from the soul of the people,’ he told a writer for the 2007 book The American Flag, Two Centuries of Conflict and Concord.

Baker served in the US Army from 1970-1972 and was stationed in San Francisco just at the start of the gay liberation movement. His story as a soldier is featured in Randy Shilts’s book Conduct Unbecoming.

He was honorably discharged from the military and stayed in San Francisco where he taught himself to sew.

‘I had to look like David Bowie and Mick Jagger every single moment of my life, but I had no money,’ Baker told ABC News earlier this year.

‘I had to learn how to sew and to be able to express myself.’ 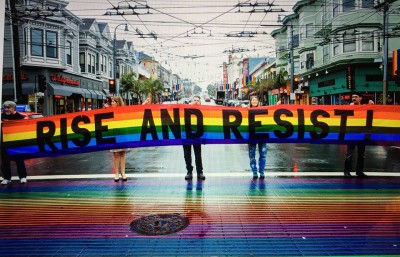 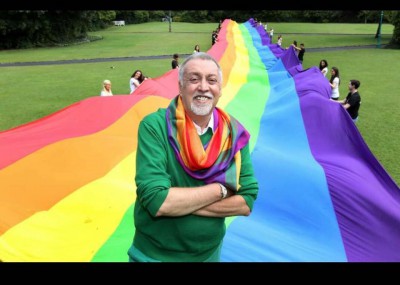 Baker credits his friend, the late Harvey Milk, for inspiring his work.

Milk asked Baker to create something that would take the place of the pink triangle used by the Nazis to identify homosexuals and Baker knew it had to be a flag.

‘Flags are about power,’ he said in the ABC interview. ‘Flags say something. You put a rainbow flag on your windshield and you’re saying something.’

He applied this sewing skills to making banners for gay and anti-war street protest marches whenever asked by Milk, the San Francisco City Supervisor who was murdered with Mayor George Moscone on Nov 27, 1978.

In 1994, Baker created a mile-long rainbow flag carried by 5,000 people when New York City was remembering the 25th anniversary of the Stonewall Riot.

Then in early in 2008, Baker returned to San Francisco to recreate the 1970s-era banners and flags for the feature film Milk starring Sean Penn.

Dustin Lance Black, who won an Oscar for writing Milk, paid tribute to Baker in a Facebook post.

‘Even rainbows weep. Our spectacular Gilbert Baker has left us. In more ways than one, our LGBTQ world is far less colorful without you.

‘I love you, Gilbert. Thank you for everything you taught me, for all of the flags you sewed for me, and for helping all of the us’s become such a big, colorful, proud family.’