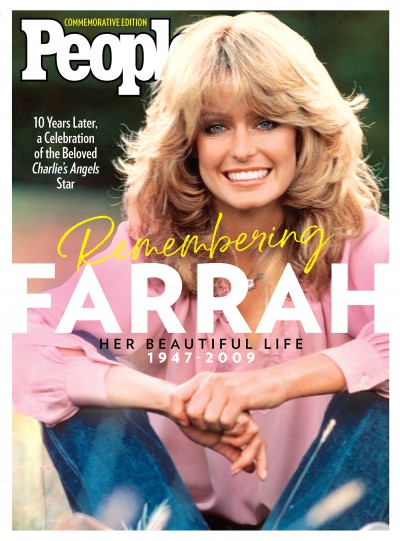 Farrah Fawcett died 10 years ago today. She was just 62 and had waged a battle against cancer for more than two years.

Today seems like a good time to remember her with videos of her two of  her reunions with her Charlie’s Angels co-stars Kate Jackson and Jaclyn Smith which took place in 1998 and 2006 – both as part of tributes to Aaron Spelling. She also did a sweet interview with her mom that I like and the bottom video is bio portion from the Playboy special she did titled All of Me which sums up her career nicely.

Farrah may have left Charlie’s Angels after just one season (she returned for a series of guest appearances in seasons 3 and 4) but it was a season that had quite an impact on television and on the culture.

She wanted to be taken seriously as an actress and while her first post-Angels films Somebody Killed Her Husband, Sunburn and Saturn 3 did little to help her, she eventually found meaty roles in television and film – most memorably The Burning Bed, Small Sacrifices, Extremities, The Apostle, Nazi Hunter: The Beate Klarsfeld Story, Poor Little Rich Girl: The Barbara Hutton Story, Margaret Bourke-White, Murder in Texas and Between Two Women.

Let’s appreciate some of Farrah: