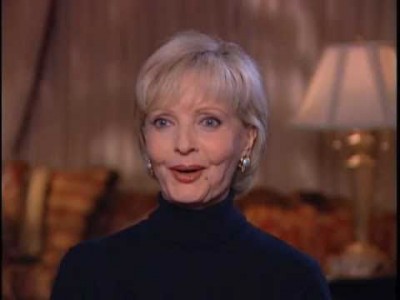 Florence Henderson would have turned 86 today!

She died suddenly in November 2016 the same week she was seen at a taping of ABC’s Dancing With the Stars where she was supporting TV daughter Maureen McCormack. She was 82.

But I’d also seen her perform her one-woman show several times and it gave you the full snapshot of an amazing career that began on Broadway and includes other television gigs from being a regular on The Today Show to dazzling us on Dancing With the Stars in her mid-70s. 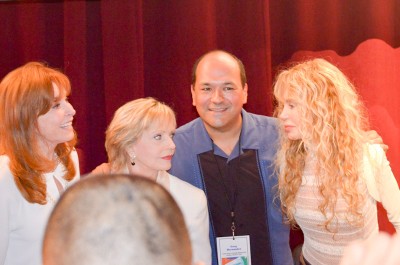 It’s clear that anyone who came in contact with Florence really appreciated how down to Earth she always was. I’d interviewed her several times over the years, attended her 75th birthday concert, and moderated a panel at the West Hollywood Book Fair with Florence, Dyan Cannon, Stefanie Powers and Carrie White.

My absolute favorite moment came when I asked Florence to sing the Brady Bunch theme song and she did it!

I think everyone enjoyed immensely. But I didn’t think anyone got video of it.

But Renee Sotile and Mary Jo Godges of www.TraipsingThruFilms.com did! I didn’t know them then but they have become good friends of mine and I’ll be forever grateful that they captured part of it for us to enjoy again and again. 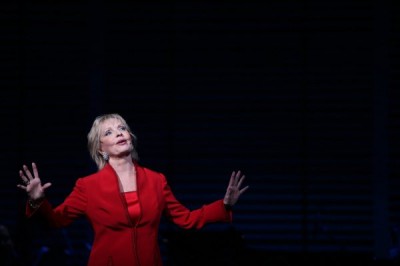 Today I’d also like to pay tribute to her huge career on the musical stage long before she was Mrs. Brady.

She starred as Maria for 15 months in the first national tour of The Sound of Music and went on to star in productions of Oklahoma! and The King and I.

Here is an assortment of videos of Miss Henderson singing and talking about her stage career. The bottom two videos are from recent years where she showed why she was always in such demand to perform in benefits. Enjoy!