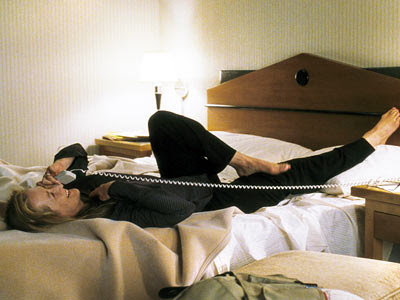 I have not seen Adaptation since the first time I watched it in the theaters back in 2002. It was one of those movie-going experiences that was so perfect, so satisfying, that I just didn’t want to spoil it by seeing the movie again in a different circumstance.

The movie was a star turn for Nicolas Cage who played the dual roles of writer Charlie Kaufman and his twin brother Donald. Meryl played a very fictionalized version of author Susan Orlean whose book Charlie want to adapt into a film.

The movie takes some wild turns and you just can’t believe it when at one point Meryl, as Susan, says to unlikely cohort Chris Cooper about Charie: ‘We’ve gotta kill him.”

In this scene, Susan gets stoned and it is just so funny and different from anything Meryl had done up until then. She won the Golden Globe Award for her performance and was nominated for an Oscar in the supporting actress category.

Showtune Sunday: All about “Somewhere” from “West Side Story” with Rita Moreno, Streisand, Erivo, Platt & more!