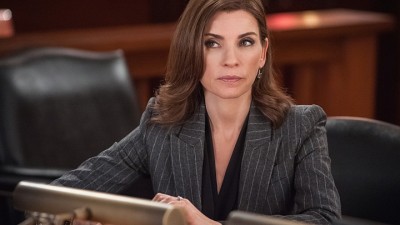 For seven seasons on the CBS drama The Good Wife, Julianna Margulies as attorney Alicia Florrick excelled at keeping a cool exterior. She was rarely ruffled and almost always thinks through what she is going to say, choosing her words for maximum impact or sting.

But during the first episode of the show’s second season, Alicia set aside the cool exterior during a confrontation with a judge who tries to circumvent her client pleading the fifth amendment.

Alicia wasn’t having it. Not at all. In the end, she just owns this judge and I just love this scene.